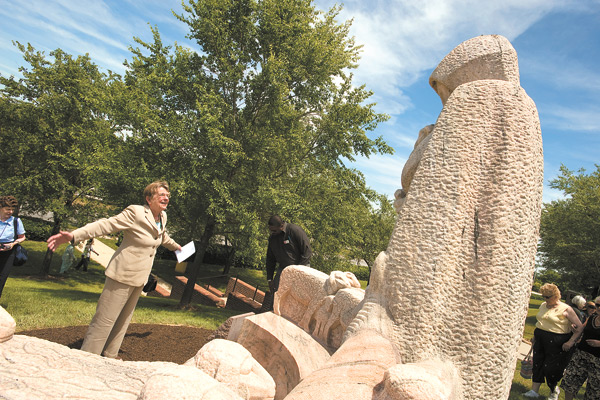 Its return last week was choreographed by the Eastern High Alumnae Association, which raised $20,000 for the effort and garnered support from Clarke, the city’s Commission for Historical & Architectural Preservation and Johns Hopkins officials. The statue of a shepherd and lambs honors an 1873 graduate of Eastern and a line from a poem she penned that said, “Come every helplessness and every dread … a shepherd is at hand …” It is the work of Reese’s friend, sculptor Grace Hill Turnbull.