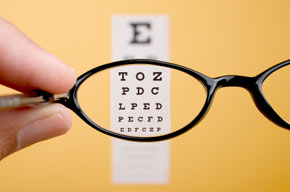 Corrected vision impairment could prevent billions of dollars in lost productivity annually, according to a study by researchers from the Johns Hopkins Bloomberg School of Public Health, International Centre for Eyecare Education, University of New South Wales and African Vision Research Institute.

Researchers estimate that nearly 158 million people globally have vision impairment resulting from uncorrected refractive error, which can usually be eliminated with an eye examination and a pair of eyeglasses. This is the first study to estimate the productivity loss from uncorrected refractive error and is published in the June issue of the Bulletin of the World Health Organization.

“The economic gains that could be made if eyeglasses were provided to everyone in need are substantial,” said Kevin Frick, author of the study and an associate professor in the Bloomberg School’s Department of Health Policy and Management. “Our research estimates $269 billion in productivity lost, and nearly 158 million people are vision-impaired because of uncorrected refractive error, which is correctable. The Western Pacific region, which includes China and Vietnam, has the highest estimated number of cases of uncorrected refractive error at 62 million and is responsible for almost half the potential loss of productivity. The Southeast Asia region, encompassing Bangladesh, India and Nepal, has 48.7 million cases.”

Frick and his colleagues used conservative assumptions and national data to estimate the purchasing power, parity-adjusted gross domestic product loss for individuals with impaired vision and blindness, and for individuals with normal sight who provide them with informal care. Researchers found that uncorrected refractive error has a potentially greater impact on the global economy than all other preventable vision disorders despite low-cost interventions such as eyeglasses.

“Apart from the moral obligation, this research indicates that there is a tremendous loss of human potential and lost productivity associated with avoidable blindness and impaired vision due to uncorrected refractive error,” Frick said.

The research was supported in part by the Fulbright Commission and the Institute for Eye Research, Australia.