Flavio Delbono won in a run-off election against his opponent by more than 60 percent of the vote.

Flavio Delbono, who has taught at the SAIS Bologna Center for more than 20 years, was elected mayor of Bologna on June 22. Delbono, representing the center-left coalition, won in a run-off election against his opponent by more than 60 percent of the vote. 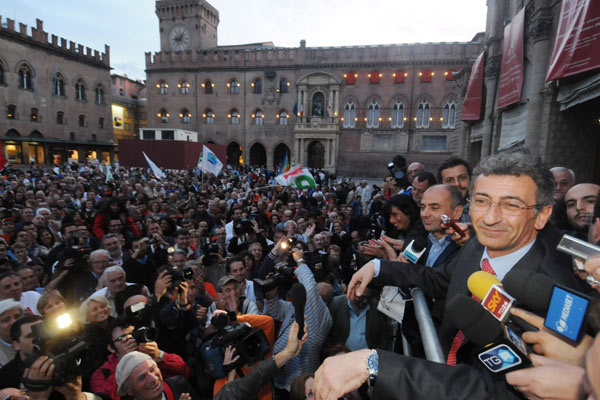 The mayor in Bologna, says Erik Jones, professor of European history at the center, plays a significantly larger role in Italian politics than counterparts in the United States. “First, in Italy the symbolic attachment citizens have to their cities is for the most part much stronger than elsewhere,” he says. “Second, the mayor in Bologna has always been a part of the national political discussion, and the position is usually a springboard to the national government or the governing body of the European Union.”

Delbono has been active in local and regional politics and was formerly Bologna councilman for budget and finance. He has written books on poverty and microeconomics and contributed articles to several economics journals. He received his doctorate in economics from the University of Oxford.
“Professor Delbono is an articulate and well-respected member of the faculty, and we wish him well in his latest achievement,” says Kenneth H. Keller, director of the Bologna Center. “We also look forward to his giving a firsthand account of local government when he talks to Bologna Center students in his role as mayor.”