A larger proportion of immigrant black high school graduates attend selective colleges and universities than either native black or white students in America, according to a study by sociologists at Johns Hopkins and Syracuse universities.

Pamela R. Bennett of Johns Hopkins and Amy Lutz of Syracuse examined the destinations for those who attend college as reported by the National Education Longitudinal Study of 1988, a nationally representative study of students who were in the eighth grade in 1988 and who were followed for 12 years. Bennett and Lutz found that among immigrant black students—those who either immigrated with their families or are American-born children of immigrants—9.2 percent were enrolled in elite colleges, such as those in the Ivy League, compared with 2.4 percent of other black students and 7.3 percent of white students. 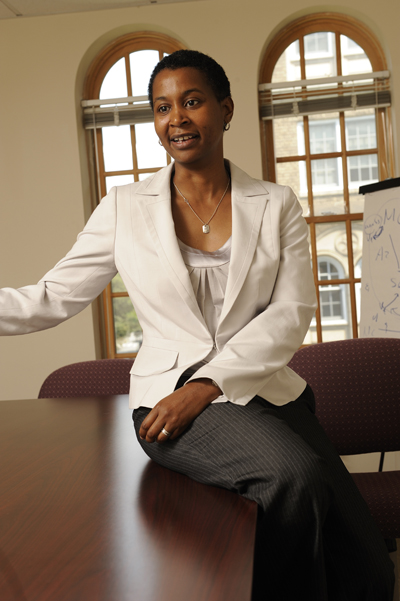 Published by the journal Sociology of Education, Bennett and Lutz’s study, “How African-American Is the Net Black Advantage? Differences in College Attendance Among Immigrant Blacks, Native Blacks and Whites,” puts a finer point on previous, well-known studies that demonstrated that black high school graduates are more likely to attend college than white high school graduates with similar socioeconomic backgrounds.

Bennett and Lutz investigated whether the immigrant population could be driving blacks’ relatively higher odds of college enrollment compared to those of similar whites, particularly in light of high levels of educational attainment among the adult black immigrant population.

High levels of educational attainment are but one of several factors that make black immigrants one of the most interesting groups at the intersection of race and immigration in the United States today, the researchers say. While America’s identity has been shaped by its immigrant-achievement narrative, in which newcomers are historically incorporated into the culture, black immigrants are also affected by the country’s historical racial hierarchy.

The sociologists found that both groups of blacks were disadvantaged relative to whites in socioeconomic background, yet the educational experiences of immigrant blacks are more closely aligned with those of whites than native blacks. Immigrant black and white children are more likely than native black children to come from two-parent households and to attend private schools, two factors that have been shown to have a positive impact on attending an elite college.

“Our study shows that much of what prevents native-born black students from attending college can be found in disadvantages in their family socioeconomic background,” Bennett said. “Were it not for those disadvantages, we would very likely observe proportionately more black high school graduates than white graduates attending college.

“As we strive to achieve President Obama’s goal of leading the world in college graduates by 2020,” she said, “we can ensure that native black students are part of that progress by investing more federal resources in narrowing gaps in the family social and economic resources that native blacks and whites bring to the college-going process. Current proposals to expand the Pell Grant Program, if passed, along with a shift in student aid packages for low-income families from loans to grants would likely disproportionately assist black students with paying for college and contribute to a narrowing of the race gap in college attendance.”

“For example,” she continued, “one such need is a greater emphasis on college preparation in public schools, starting as early as middle school. Such preparation should include information about course work to prepare for college, counseling on the variety of college options available to students, assistance with filling out college applications and financial aid forms, preparation for college interviews and entrance exams, and better linkages between public school counselors and colleges and universities.

“This type of high-quality preparation for college is usually less available to public school students than private school students,” she said, “and single parents often have a limited amount of time and financial resources to pursue this with their children on their own. Because higher education is so important for the future of the United States, it is critical that all students have the best information about, and preparation for, the college-going process.”