Eight university and health system employees to be honored for volunteerism 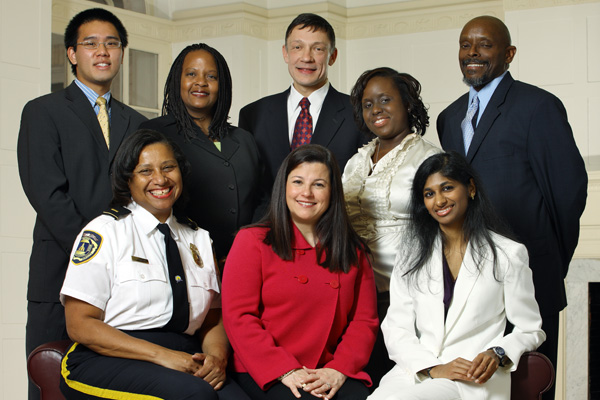 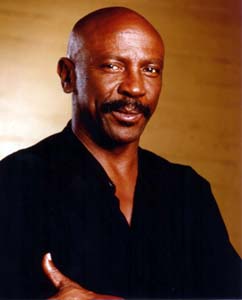 Begun in 1982, the Johns Hopkins Martin Luther King Jr. Commemoration honors the Nobel Peace Prize winner’s legacy of nonviolent activism and community service. This year’s event will take place from noon to 1:30 p.m. on Friday, Jan. 15, in Turner Auditorium on the East Baltimore campus and will be broadcast to several other university and health system locations.

Levi Watkins, founder of the Martin Luther King Jr. Commemoration Celebration and chair of its committee, said that Gossett maintains the program’s legacy of attracting high-profile and influential speakers.

“We have endeavored to bring to JHU world-renowned individuals with incredible personal achievements and a wonderful commitment to the philosophy of Martin Luther King Jr. Lou Gossett represents that ideal in every sense,” Watkins said.

Gossett, 73, remains a highly sought-after film and television actor whose talent for portraying powerful and charismatic characters has earned him prestigious honors, including an Oscar, Emmy and Golden Globe.

The Brooklyn, N.Y., native first gained recognition in the New York theater scene, where at the age of 16 he won a Donaldson Award for best newcomer, beating out a young James Dean. Soon after, he was offered a prestigious Broadway role opposite Sidney Poitier in A Raisin in the Sun, and he went on to star in the film version.

In 1977, Gossett captured an Emmy Award for his compelling portrayal of Fiddler in the historic television miniseries Roots. Five years later he cemented his fame by playing Emil Foley, a relentless gunnery sergeant in the hit film An Officer and a Gentleman, a role that landed him an Academy Award for best supporting actor. He riveted audiences again in 1992 for Golden Globe–winning work in HBO’s The Josephine Baker Story. Even in a guest-starring role for the popular CBS series Touched by an Angel, Gossett was singled out for his work, and he received the 1998 NAACP Image Award.

Recently, Gossett received a Pioneer in Entertainment Award from the National Association of Black-Owned Broadcasters, a Community Advocates Award from St. Vincent de Paul Council of Los Angeles and the American Legacy Men of Honor and Distinction awards from Legacy Magazine. He has also received two lifetime achievement awards, one from the Palm Beach International Film Festival and another from the 14th Annual African-American Marketplace.

Gossett also has a long legacy of community service, and he serves as a spokesperson and a behind-the-scenes leader for many charitable organizations. In 2006, he founded the Eracism Foundation, whose mission is to eradicate the systematic impact of all forms of racism by providing programs that support cultural diversity, historical enrichment, education and antiviolence initiatives.

Friday’s celebration will include the 19th annual Martin Luther King Jr. Community Service Awards ceremony, in which eight Johns Hopkins employees will be honored for demonstrating through community service the spirit of volunteerism and citizenship that characterized King’s life.

Being recognized from the university are Susan Sawyer Ortiz, a finance administrator with Jhpiego; Laxmi “Lucky” Pellakuru, a graduate student in the School of Medicine’s Department of Pathology; Nam Pho, a biotechnology student in the Krieger School’s Advanced Academic Programs; and Jennifer Walker, a health educator in the School of Medicine’s Division of General Pediatrics and Adolescent Medicine. Health system honorees are Eric Ausby, a surgical technician at the Johns Hopkins Bayview Medical Center; Donna Chase, external affairs and communications manager for Johns Hopkins HealthCare; Leslie Johnson, a lieutenant and senior supervisor with Corporate Security at The Johns Hopkins Hospital; and Dan Buccino, an assistant professor of psychiatry and behavioral sciences at the School of Medicine and a clinical supervisor with the Community Psychiatry Program at Bayview.

The Unified Voices Choir, a gospel group whose ranks include both Johns Hopkins staff and community members, will provide musical entertainment beginning at 11:30 a.m.

Those unable to attend can view the event on closed-circuit television in Levering Hall’s Arellano Theater on the Homewood campus; Hurd Hall, Tilghman Auditorium or on JHH Patient Channel 54 on the East Baltimore campus; the Asthma and Allergy Auditorium at Bayview; the auditorium at the Suburban Hospital in Bethesda; conference room C113 in Davis Hall at Mount Washington; the Kossiakoff Center Auditorium at the Applied Physics Laboratory; or the third-floor conference room at 901 S. Bond St. in Fells Point.