More than 3,000 pairs of crutches collected, will be sent to Port-au-Prince 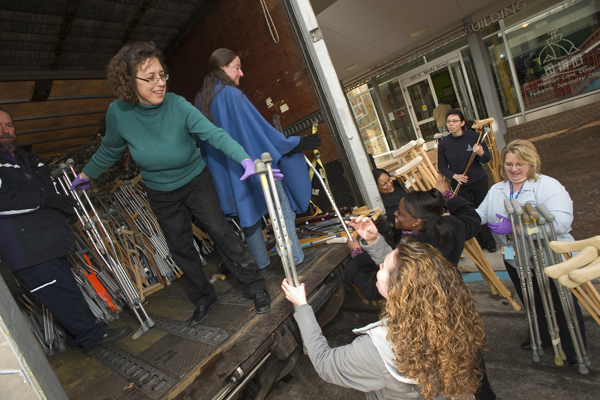 BY THE TIME pediatric residents had finished their weeklong drive to collect crutches for earthquake victims in Haiti, more than 3,000 pairs were crammed into their holding spots in the David M. Rubenstein Child Health Building at the Johns Hopkins Children’s Center and a volunteer’s garage. The organizers—who had hoped to pull in a few hundred pairs—worked with FedEx, which donated two trucks and handled shrink-wrapping on pallets for the drive to Miami and flight to Port-au-Prince.