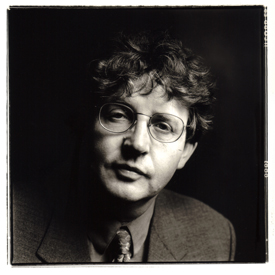 Renowned poet Paul Muldoon will give the Percy Graeme Turnbull Memorial Lecture at Johns Hopkins at 6:30 p.m. on Tuesday, March 2, on the Homewood campus; the location will be announced soon. The event, originally slated for Feb. 9 in Mudd Hall Auditorium, was rescheduled because of weather.

The Turnbull Lecture, given through the generosity of a gift made in 1889 in memory of Percy Graeme Turnbull (1878–87), has brought to Homewood some of the most distinguished voices in American poetry and criticism, including Robert Frost, T.S. Eliot, Marianne Moore, W.H. Auden, Charles Eliot Norton, R.P. Blackmur, Northrop Frye, W.S. Merwin and Harold Bloom. The first lecture took place in March 1891.