Research to focus on children with chronic health conditions 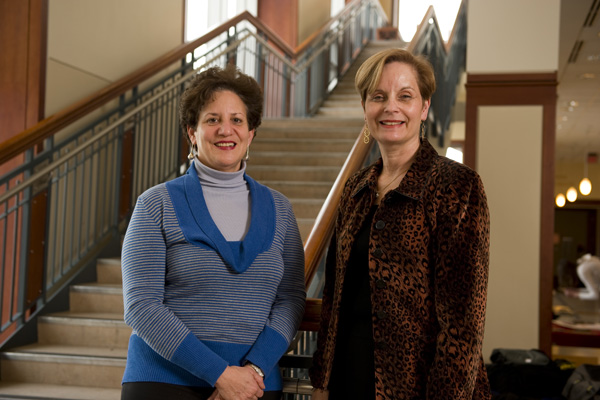 Co-directed by Cynda H. Rushton, associate professor at the Johns Hopkins School of Nursing, the study was one of only 4 percent that NIH funded among 20,000 Challenge Grant applications filed nationally. Seventeen other NIH Challenge Grants were extended to Johns Hopkins.

With the grant, Rushton, who holds a joint faculty position with the School of Medicine and serves as director of Johns Hopkins Children’s Center’s Harriet Lane Compassionate Care program, will develop and test innovative training methods that will include video documentaries of patients and families that are geared toward integrating palliative care into chronic pediatric diseases.

The effort, to be jointly run with the university’s Berman Institute of Bioethics, where all four researchers are core faculty members, is meant to sensitize the entire health care team that treats pediatric patients with either Duchenne muscular dystrophy or sickle cell disease.

DMD and SCD are among the most common chronic, inherited, life-threatening diseases. But palliative care—defined as alleviating a patient’s symptoms and improving quality of life, regardless of whether the condition is curable—ultimately can improve the overall care DMD and SCD patients receive, Rushton and Geller said.

The researchers said they believe that the project will make caregivers—including neurologists, hematologists and other physicians; nurses; respiratory, occupational and physical therapists; genetic counselors; and social workers—“more compassionate and respectful, with a better understanding of what their [patients’] lives are like,” Rushton said. And it will address caregivers’ emotions in treating such patients—the “tremendous feeling of inadequacy because of not being able to fix [what] is not fixable,” Geller added.

“Palliative care generally has been associated with end-of-life care,” Geller said. “This is one of the first studies to remove palliative care from [that] limited context and to say, What can we learn from the principles of pediatric palliative care in the context of chronic diseases?”

The investigation is among the 364 stimulus-funded research grants and supplements totaling almost $180 million that Johns Hopkins has now garnered since Congress passed the American Recovery and Reinvestment Act of 2009 (informally known by the acronym ARRA), bestowing the National Institutes of Health and the National Science Foundation with $12.4 billion in extra money to underwrite research grants by September 2010. The stimulus package—which provided $550 billion in new spending, including the above grants—is part of the federal government’s attempt to bring back a stumbling economy by distributing dollars for transportation projects, infrastructure building, the development of new energy sources and job creation, and financing research that will benefit humankind.

Johns Hopkins scientists have submitted more than 1,300 proposals for stimulus-funded investigations, ranging from strategies to help recovering addicts stay sober and the role that certain proteins play in the development of muscular dystrophy to mouse studies seeking to understand how men and women differ in their response to the influenza virus.

To date, 117 staff jobs have been created at Johns Hopkins directly from ARRA funding, not counting jobs saved when other grants ran out, and not counting faculty and grad student positions supported by the ARRA grants.