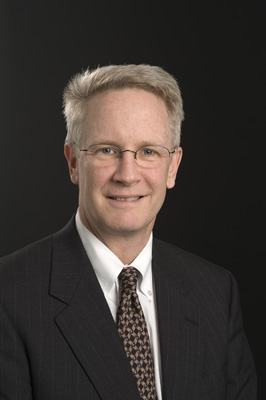 Thomas S. Lewis, director of state affairs for Johns Hopkins since 2005 and a longtime key staff member in the Maryland General Assembly, has been appointed the university’s vice president for government and community affairs.

Lewis, who has led Johns Hopkins’ federal, state, local and community relations teams on an interim basis since July, was named to the post on a permanent basis Monday by the university’s board of trustees. He will also serve as a vice president of Johns Hopkins Medicine.

“Tom is a gifted leader and public policy veteran who has proven himself time and again in roles both inside and outside of government service,” said Ronald J. Daniels, president of the university, who recommended Lewis’ appointment to the trustees following an extensive national search. “He is an effective communicator, an astute analyst and strategist, and a man of unquestioned integrity.”

Daniels said that the university will separate the oversight of its central communications and public affairs staff from the government and community affairs portfolio, where it has been since 2002, and assign it to a new vice president.

“The job of representing all of Johns Hopkins—university and health system—at the federal, state, local and community levels is a huge and important one,” Daniels said. “So, too, is the job of telling the Johns Hopkins story to audiences here at home and around the world, both our friends and those who don’t yet know us well. Both those functions—government and community affairs and communications—sit in rapidly changing landscapes and face evolving challenges.” He said a search for the new position will begin soon.