Can an incentive program help drug users with mental issues? 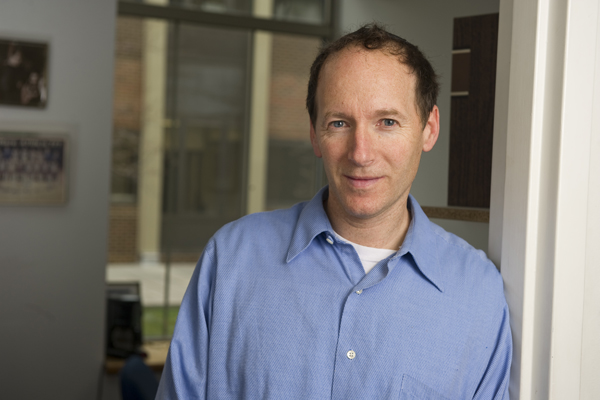 Michael Kidorf is using an ARRA Challenge Grant to evaluate an innovative strategy for incentivizing drug users with mental disorders to use psychiatric programs. Photo: Will Kirk/Homewoodphoto.jhu.edu

Men and women trying to shake their drug habits while also dealing with mental disorders pose difficult challenges for medical providers and health care policy-makers. And while combining psychiatric and addiction treatment services at one location holds great promise, this model has so far proved disappointing.

What often happens is that patients show up to receive their medications at addiction treatment centers, but they don’t stay around for the psychiatric programs. This leads to poor outcomes and far greater costs.

Now, Michael S. Kidorf of Johns Hopkins is using a $445,000 ARRA Challenge Grant from the National Institutes of Health to evaluate an innovative incentive strategy for improving treatment outcomes.

A previous NIH-supported study by Kidorf and Robert Brooner, director of Addiction Treatment Services at Johns Hopkins Bayview Medical Center, was the first controlled and randomized evaluation of a delivery model combining methadone treatment and psychiatric services. But too many patients dropped out of treatment or didn’t show up for the psychiatric programs, so the results were skewed.

“We’ve found that it’s not simply enough to offer patients convenient treatments in one location to have an impact,” Kidorf noted.

So this time, his research team is randomly assigning drug-dependent patients to one of two groups of 42 men and women. The first group will receive the full range of psychiatric and drug treatment services. The second will have access to the identical program with one difference: a $25 voucher each week. To earn that monetary incentive, patients must meet weekly with a psychiatrist, talk with a mental health counselor and attend group-counseling sessions.

These vouchers accumulate in an account, and patients can draw on them for needed goods and services, which are purchased for them by the research team.

“We will measure if patients with vouchers go to scheduled sessions and whether there are positive changes in their psychiatric and drug symptoms,” Kidorf said.

Progress within the two study groups will be assessed and compared after three months. The entire study, including a report at a national meeting, will be completed within ARRA’s two-year timetable.

“This could lead to a lot of other good things,” said Kidorf, pointing out such possibilities as more effective and shorter psychiatric treatment, cost savings, improved monitoring of and adherence to drug regimens, and better patient outcomes.

Kidorf’s team’s investigations are among the 380 stimulus-funded research grants and supplements totaling $192 million that Johns Hopkins has garnered since Congress passed the American Recovery and Reinvestment Act of 2009 (informally known by the acronym ARRA), bestowing the National Institutes of Health and the National Science Foundation with $12.4 billion in extra money to underwrite research grants by September 2010. The stimulus package—which provided $550 billion in new spending, including the above grant—is part of the federal government’s attempt to bring back a stumbling economy by distributing dollars for transportation projects, infrastructure building, the development of new energy sources and job creation, and financing research that will benefit humankind.