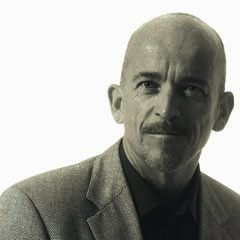 The Joshua Ringel Memorial Reading celebrates its 13th season on Sunday, April 11, when poet Mark Doty reads from his work at 5 p.m. in the Baltimore Museum of Art’s Meyerhoff Auditorium. The event is sponsored by Johns Hopkins’ Center for Talented Youth.

“Ferocious, luminous and important” is how renowned poet Mary Oliver has described Doty, the only American poet to have won Great Britain’s T.S. Eliot Prize. His collection Fire to Fire: New and Selected Poems won the National Book Award for 2008. Among his many other awards are two NEA fellowships, Guggenheim and Rockefeller Foundation fellowships, a Lila Wallace/Reader’s Digest Award and the Witter Byner Prize.

Doty has written five other volumes of poetry, including Turtle, Swan (1987); My Alexandria (1993), which received both the Los Angeles Times Book Prize and the National Book Critics Circle Award; and School of the Arts (2005).

Poet Philip Levine has said of Doty and his work, “If it were mine to invent the poet to complete the century of William Carlos Williams and Wallace Stevens, I would create Mark Doty just as he is—a maker of big, risky, fearless poems in which ordinary human experience becomes music.”

In describing poetry as a medium, Doty has said, “Somehow poetry is a vessel for the expression of subjectivity unlike any other; a good poem bears the stamp of individual. I think we’re hungry for singularity, for those aspects of self that aren’t commodifiable, can’t be marketed.

“The dominant art forms of our day—film, video, architecture—are collaborative arts,” he said. “Poems are always made alone, somewhere out on the edge of things, and if they succeed, they are saturated with the texture of the uniquely felt life.”

Doty teaches at Rutgers University and is a frequent guest at Columbia University, Hunter College and New York University. He lives in Houston and in New York City.

The Joshua Ringel Memorial Fund was established in 1998 by the Ringel family in memory of this former CTY student whose life was tragically cut short in a motorcycle accident just before his 28th birthday. The fund supports an annual lecture/reading dedicated to education, poetry and the imagination. Past visiting poets have included Kenneth Koch, Robert Pinsky, Grace Paley, John Ashbery, Sharon Olds and Billy Collins.

A question-and-answer session with the author and a book signing will immediately follow the reading. Books will be available for purchase at the door. Seats are limited, so those wishing to attend should e-mail ctypr@jhu.edu with their name and number of seats requested. More information is available at www.cty.jhu.edu/ringel.