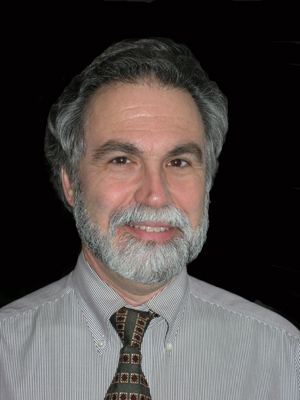 Gregg Semenza, director of the Vascular Biology program at the Johns Hopkins Institute for Cell Engineering and a member of the McKusick-Nathans Institute of Genetic Medicine, is one of seven recipients of the 2010 Canada Gairdner Awards. Canada’s only international science prizes, they are among the world’s most prestigious medical research awards.

The awards, each of which comes with a $100,000 cash prize, will be presented in October.

John Dirks, president and scientific director of the Gairdner Foundation, said, “These awards pay tribute to the passion, dedication and vision that drive these extraordinary individuals to push the boundaries of medical science.”

Semenza’s award is for identifying how cells in the body monitor and respond to changes in oxygen levels.

“I am honored to receive such recognition,” Semenza said. “As anyone who has tried to hold their breath for long knows, the body needs a constant supply of oxygen. We were very fortunate to discover a protein that controls how oxygen is delivered to, and used by, every cell in the body. Our hope is that this discovery will lead to new therapies for cancer, cardiovascular disease and other life-threatening illnesses.”

One of today’s pre-eminent researchers on the molecular mechanisms of oxygen regulation, Semenza has led the field in uncovering how cells adapt to changing oxygen levels. He has identified and studied the HIF-1 (hypoxia-inducible factor 1) protein, which controls genes in response to changes in oxygen availability. HIF-1 controls genes involved in adaptation to low oxygen—genes that control energy manufacture, generation of new red blood cells and the growth of new blood vessels. He currently is studying the role of HIF-1 in cancer, ischemia and chronic lung disease, the most common causes of mortality in the U.S. population.

Semenza received his medical degree and doctorate from the University of Pennsylvania and did his residency in pediatrics at Duke University Medical Center and postdoctoral research in medical genetics at Johns Hopkins. On the faculty at Johns Hopkins since 1990, he has authored more than 250 research articles and several book chapters and has been cited more than 30,000 times. He sits on the editorial boards of several scientific publications. Among the awards he has received are the E. Mead Johnson Award for Research in Pediatrics, the Children’s Brain Tumor Foundation’s Jean and Nicholas Leone Award, the American Heart Association Established Investigator Award and the Lucille P. Markey Scholar Award in Biomedical Science. He was recently elected to the Association of American Physicians.

“We are extremely proud that Gregg is being recognized for this discovery that he made early in his career at Hopkins,” said Chi V. Dang, vice dean for research at the Johns Hopkins School of Medicine. “The scientific contributions he has made since, along with his leadership at the Institute for Cell Engineering, are invaluable.”