CEO of First Washington Realty to give annual Berman Lecture 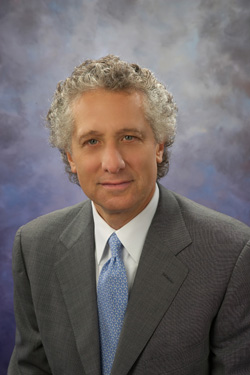 Through its generosity and visionary thinking, the family of Baltimore businessman Allan L. Berman became the driving force behind the creation of real estate business education at The Johns Hopkins University with the creation in 1989 of the Allan L. Berman Institute for Real Estate Development and an annual lecture, both at the Carey Business School. This year’s lecture will be given by William J. Wolfe, a member of the school’s corporate advisory board and co-founder, president and CEO of First Washington Realty, a privately held real estate investment advisory and management firm. The lecture will take place at 5:30 p.m. on Thursday, April 29, at the university’s Downtown Center.

Wolfe, whose remarks are titled “All Commercial Real Estate Is Not Alike: The First Washington Realty Story,” has been a prominent leader in commercial real estate across the United States for the past quarter century. His lecture will tell the dramatic story of how he built, sold and then bought back his company. When it was publicly traded, the company owned, operated and managed retail properties with a value in excess of $5 billion.

Wolfe served in the administration of President Jimmy Carter from 1978 to 1979, working on the President’s Reorganization Project, which was tasked with improving the efficiency of government agencies. He currently is on the board of trustees of the Washington Institute for Near East Policy, the Alternatives for Youth Foundation, Business Executives for National Security and the World Presidents’ Organization.

In 1971, Wolfe founded the Key Program, a New England–based youth service agency that provides a variety of residential and nonresidential programming to at-risk youth and their families, and served as its chairman for 25 years. Since its inception, Key has provided services to more than 70,000 young people and their families through contracts, grants and contributions worth more than $500 million.

To register for the lecture and for more information, go to www.carey.jhu.edu/
berman.