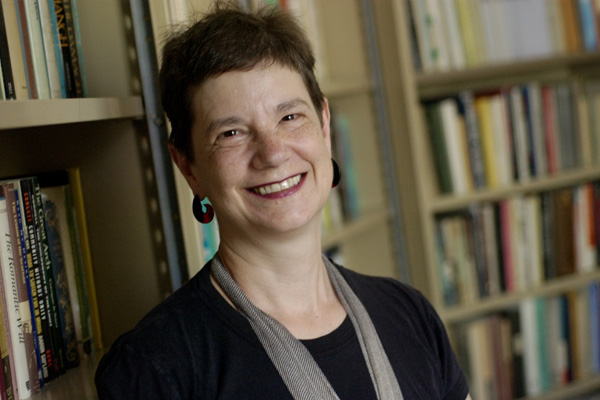 Frances Ferguson, a professor in the Department of English in the Krieger School, is among 229 fellows elected to the 230th class of the American Academy of Arts and Sciences on April 19.

Ferguson, the Mary Elizabeth Garrett Professor in Arts and Sciences, joins a long line of Johns Hopkins faculty members who have been chosen by the academy, including President Ronald J. Daniels, who was among four faculty members inducted last fall.

The academy was founded during the American Revolution by John Adams, James Bowdoin, John Hancock and others. Its dual role is to honor excellence in the arts and sciences and to provide independent, nonpartisan study of important societal issues. Since its inception, the academy has elected leading “thinkers and doers” from each generation. The current membership includes more than 250 Nobel laureates and more than 60 Pulitzer Prize winners.

Ferguson teaches courses in 18th- and 19th-century materials and 20th-century literary theory. She has previously taught courses on the rise of novelism in the 18th century; various kinds of writing in the Romantic period, including poetic, novelistic and essayistic; the rise of educational philosophy in the 18th and early 19th centuries; the rise of legal philosophy in the 18th and early 19th centuries; 20th-century literary theory; and the poststructuralist critique of the social sciences, with particular interest in why psychoanalysis was its central target. She is also active in the Krieger School’s Program for Studies of Women, Gender and Sexuality.

Ferguson has written three books—
Wordsworth: Language as Counter-Spirit (1977); Solitude and the Sublime: Romanticism and the Aesthetics of Individuation (1992); and Pornography, the Theory (2005) —and essays on a variety of 18th- and 19th-century topics and literary theory. She is currently working on a project that aims to identify the difference that Locke’s, Rousseau’s, Kant’s and Bentham’s work on children and education made to their accounts of modern democratic political liberalism.

AAAS fellows and foreign honorary members are nominated and elected to the academy by current members. A broad-based membership of scholars and practitioners from mathematics, physics, biological sciences, social sciences, humanities and the arts, public affairs and business allows the academy to conduct a wide range of interdisciplinary studies and public policy research.

Ferguson’s induction will bring the number of Johns Hopkins fellows of the academy to 45.