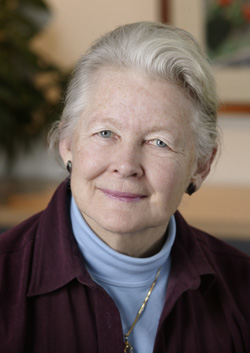 Columbia University’s Mailman School of Public Health announced last week that it will award the highest prize in public health—the Frank A. Calderone Prize—to Susan P. Baker, “the pioneering researcher and advocate whose extraordinary career spanning close to five decades has been instrumental in bringing the prevention of injuries to the forefront of public health and public policy.”

Baker, an epidemiologist and licensed pilot, is professor of health policy and management at the Bloomberg School of Public Health at Johns Hopkins and a founder of the school’s Center for Injury Research and Policy.

The Frank A. Calderone Prize in Public Health, the pre-eminent award in the field, is overseen by the Mailman School of Public Health and is presented to an individual who has made a transformational contribution in the field of public health. The prize recognizes an individual who has accomplished extraordinary distinction in public health and/or who has made a specific contribution that has had long-term national or global implications. This is the first time the prize has been bestowed upon an injury-control researcher.

For more than four decades, Baker has made the study and reduction of preventable injuries a priority—and a newly defined field of inquiry—in public health research and policy, and has worked to raise the visibility and stress the urgency of injury control. Her research played an integral role in the creation of child passenger protection laws and graduated driver licensing; as a result of her work, all states now require child safety seats, and virtually all states have graduated driver licensing laws. Her additional areas of focus include fatalities related to aviation, motorcycles and heavy trucks; carbon monoxide poisoning; the relationship between alcohol and homicide; the use of drugs in adolescent suicide; drownings; childhood asphyxiation; house fires; falls in the elderly; and fatal occupational injuries.

Baker will accept the Calderone Prize on May 6 and give a major address at the Mailman School. She will then be joined by Thomas Farley, New York City commissioner of health, and Linda Fried, dean of the Mailman School, in a panel discussion on the practical applications of her path-breaking work.