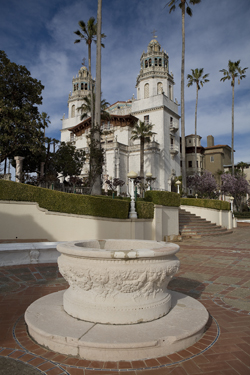 William Randolph Hearst is best-known as the press lord who built a vast San Simeon estate (known formally as “La Cuesta Encantada,” or “The Enchanted Hill”) from 1919 through 1947. He is less well-known as an early film pioneer and the producer of 120 movies.

This week, Victoria Kastner, historian at Hearst Castle, will detail the rich social and architectural history of San Simeon’s theater, designed in the 1930s by Hearst and his architect, Julia Morgan, in the spirit of an early movie palace.

Kastner is the author of Hearst Castle: The Biography of a Country House and Hearst’s San Simeon: The Gardens and the Land. She has lectured extensively on San Simeon and also has written about Hearst for The London Telegraph, the American Institute of Architects and The Magazine Antiques.