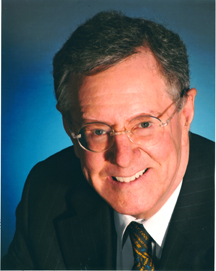 International financial authority Steve Forbes, president and chief executive officer of Forbes Media and editor in chief of Forbes magazine, is the featured speaker for a special installment of the Johns Hopkins Carey Business School’s Leaders + Legends lecture series to be held on Monday, June 14, in Washington, D.C. His topic is “Leadership and the Economic Crisis: What Happens Now?”

Forbes is the country’s leading business magazine, with a circulation of more than 900,000. Combined with Forbes Asia and the company’s licensed editions, the publication reaches a worldwide audience of more than 5.5 million readers.

Under Forbes’ leadership, the company has launched a variety of new publications and businesses. They include ForbesLife, a luxury lifestyle and culture magazine; ForbesWoman, a luxury lifestyle publication for executive women; Forbes Asia; and Forbes licensed editions published in China, Croatia, India, Indonesia, Israel, Korea, Poland, Romania, Russia and Turkey. The company also publishes a number of investment newsletters. Another division of the company is Forbes Investors Advisory Institute.

In 1996, Forbes entered the new-media arena with the launch of Forbes.com. Now receiving more than 18 million unique monthly visitors, it has become a leading destination site for senior business decision makers and investors. Other Forbes Web sites are Investopedia.com, RealClearPolitics.com, RealClearMarkets.com, RealClearSports.com and bfn.forbes.com—the Business and Finance Blog Network. Together with Forbes.com, these sites reach nearly 40 million business leaders each month.

Forbes writes editorials for each issue of Forbes under the heading “Fact and Comment.” A widely respected economic prognosticator, he is the only writer to have won four times the highly prestigious Crystal Owl Award, given by U.S. Steel Corp. to the financial journalist whose economic forecasts for the coming year proved most accurate.

Forbes also is the author of a number of books, including the recently published How Capitalism Will Save Us: Why Free People and Free Markets Are the Best Answer in Today’s Economy, co-authored by Elizabeth Ames; and Power Ambition Glory: The Stunning Parallels Between Great Leaders of the Ancient World and Today … and the Lessons You Can Learn, co-authored by John Prevas.

In 1985, President Ronald Reagan named Forbes chairman of the bipartisan Board for International Broadcasting. In this position, he oversaw the operation of Radio Free Europe and Radio Liberty. Forbes was reappointed to the post by President George H.W. Bush and served until 1993.

In 1996 and 2000, Forbes campaigned vigorously for the Republican nomination for the presidency.

He currently serves on the boards of the Ronald Reagan Presidential Foundation, the Heritage Foundation and the Foundation for the Defense of Democracies. He is on the board of overseers of the Memorial Sloan-Kettering Cancer Center and the board of visitors for the School of Public Policy of Pepperdine University. He previously served for 10 years on the board of trustees of Princeton University, from which he received a bachelor’s degree in history in 1970.

Forbes’ lecture will take place from 5:30 to 8:30 p.m. at SAIS. Seating for the lecture, co-sponsored by the Carey Business School Finance Club, is limited. For seating availability and additional information, e-mail carey.leadersandlegends@jhu.edu or call 410-516-7269.