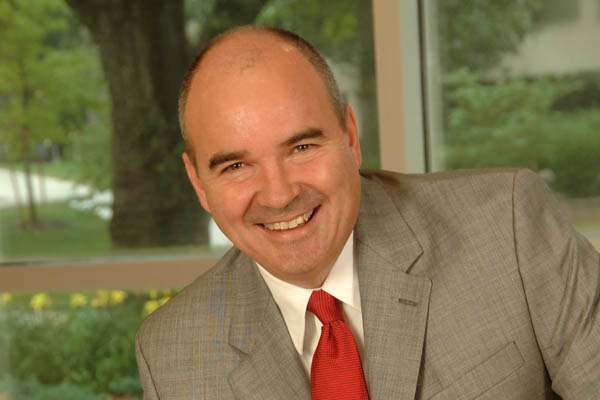 David W. Andrews, a distinguished scholar who has dedicated his career to improving academic and behavioral outcomes for at-risk children and youth, has been named dean of The Johns Hopkins University School of Education.

Andrews, the founding dean of The Ohio State University’s College of Education and Human Ecology, will join Johns Hopkins on Sept. 1.

Johns Hopkins President Ronald J. Daniels describes Andrews as a collaborator, consensus builder and experienced fundraiser who has worked successfully with deans in each of Ohio State’s 18 colleges.

“I believe Dr. Andrews has the experience, skills and passion to help the Johns Hopkins University School of Education build upon its strengths and storied history to achieve the next level of national prominence, and to make a lasting impact on education in our city and across our country,” Daniels said. “He understands the capacity and responsibility that the School of Education has in influencing educational policy and practice.”

Andrews succeeds Ralph Fessler, the inaugural dean of the School of Education, who retired last year.

Andrews is currently a professor in the Department of Human Development and Family Science at Ohio State, where he has been instrumental in an innovative partnership with the public schools in Columbus, Ohio, to establish in a low-income area of the city a model world-class early childhood laboratory.

Andrews has spent his entire career enhancing opportunities for children and youth from both research and academic platforms. As a researcher and program developer, he has created and evaluated international, national, state and local initiatives designed to improve schools and enhance the well-being of children and youth, particularly those in urban areas with vulnerable populations. As an administrator in higher education, he has led large diverse academic communities in establishing multidisciplinary approaches to meeting the educational and developmental needs of children from birth through young adulthood.

At Ohio State, Andrews’ tenure has been marked by the success he’s had in building a strong institution with a history of excellence into a stronger one. He is credited with significantly enhancing the overall research portfolio of the school through an ambitious faculty recruitment initiative. Simultaneously, he helped build an EdD program to complement the school’s long-standing PhD program, allowing the school to maintain its focus on high-quality research while continuing to prepare practitioners for leadership roles in education.

In accepting the School of Education deanship, Andrews said he is thrilled to be joining Johns Hopkins and excited for the chance to continue in Baltimore his life work.

“I have always been fascinated with children and their well-being, and since high school I’ve never changed from that direction,” Andrews said. “Actual jobs have changed, but my focus has always been vulnerable populations.

“The opportunity to work at Johns Hopkins with its strong reputation is phenomenal. I’m thrilled to have been nominated and selected,” he said.

As he looks toward starting work at Johns Hopkins, Andrews said that the School of Education has done a very good job of laying out its plan for the future, and that one of his priorities will be to work on implementing that plan.

“I would try to move as aggressively as possible to select the priorities that have been previously identified and move them forward,” Andrews said.