After 23 years with APL, R&D executive takes over July 1. 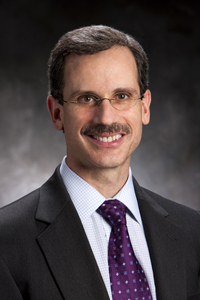 Ralph D. Semmel, who currently oversees a variety of research and development activities at the Johns Hopkins University Applied Physics Laboratory, has been selected to lead the Laboratory as its next director. On July 1, Semmel will succeed Richard T. Roca, who has served as APL’s director since January 2000.

In announcing the appointment, Stuart S. Janney, chair of the APL board of managers, said, “The board is confident that Ralph Semmel is highly qualified to lead the Laboratory as it takes on national critical challenges. Ralph will be leading a strong institution with an impressive record of accomplishments. He has proven ability to lead such a dynamic institution.”

Roca is in agreement. “I’m delighted that such a remarkable R&D executive as Ralph Semmel will be leading this prestigious laboratory,” he said.

Semmel has for the past five years served as head of APL’s Applied Information Sciences Department and its Infocentric Operations Business Area. He has been instrumental in making infocentric operations a core business for the Laboratory, enabling APL to develop critical technologies that enhance the security of the nation.

During his 23-year career at APL, Semmel also has served as assistant head of the Power Projection Systems Department, deputy director of the Milton S. Eisenhower Research Center, and Science and Technology Business Area executive.

Semmel becomes the eighth director in APL’s 68-year history. He was selected after an extensive nationwide search conducted by the APL board of managers.

APL, a division of the university located in Laurel, Md., performs research and development on behalf of the Department of Defense, NASA and other government sponsors. More than 70 percent of APL’s nearly 5,000 staff members are scientists and engineers.

Semmel lives in Columbia, Md., with his wife, Esta, and has two grown children.