Remarks titled “A Society Divided: The Growing Wealth Gap and the Role of American Business.” 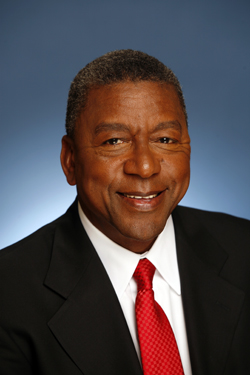 Robert L. Johnson, founder and chairman of the RLJ Cos. and Black Entertainment Television, is the featured speaker at the Johns Hopkins Carey Business School’s Leaders + Legends lecture series on Thursday, Sept. 16. The event will be held from 7:30 to 9 a.m. at the Legg Mason Tower in Harbor East.

Johnson’s remarks are titled “A Society Divided: The Growing Wealth Gap and the Role of American Business.”

Before forming the RLJ Cos., Johnson was founder and chairman of Black Entertainment Television, the nation’s first television network providing entertainment, music, news, sports and public affairs programming geared to an African-American audience. Under his leadership, BET, launched in 1980, became the first African-American-owned company publicly traded on the New York Stock Exchange. In 2001, Johnson sold the cable network to Viacom for approximately $3 billion and remained chief executive officer through 2006.

In 2003, Johnson purchased the Charlotte Bobcats of the National Basketball Association, becoming the first African-American to own a major league sports franchise. In July 2007, he was chosen by USA Today as one of the 25 most influential business leaders of the past 25 years.
Johnson’s board affiliations include KB Home, Lowe’s Cos., International Management Group and Deutsche Bank Advisory Committee.