A 2010 view of an interconnected world 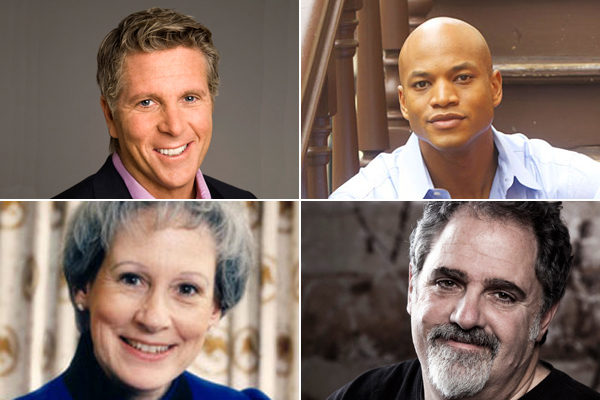 Author Wes Moore will lead off the annual Milton S. Eisenhower Symposium with a talk on Wednesday, Sept. 29, in Shriver Hall Auditorium on the Homewood campus. A reception in the Clipper Room will follow the event.

The lecture is the first of seven events making up this year’s symposium, The Global Network: America’s Changing Role in an Interconnected World.

All lectures are at 8 p.m. with doors opening at 7:30. Each talk lasts approximately 45 minutes and is followed by a question-and-answer period and a reception where the guest mingles with members of the audience.

Established in 1967 to honor the university’s eighth president, the annual MSE Symposium is an undergraduate-run lecture series, free and open to the public, that brings to the Homewood campus renowned speakers with a variety of perspectives on issues of national importance.

The chairs receive some funding from Student Council and raise the balance from university departments, corporations and foundations. In addition to securing the speakers and funds, the undergraduates are responsible for everything else, an array of tasks that include booking auditoriums; arranging for hotels, dinners and receptions for the guests; and publicizing the lectures.

Moore, the first speaker, is a Baltimore native and Johns Hopkins alumnus who is a youth advocate, investment professional and author of The Other Wes Moore: One Name, Two Fates, which became an instant New York Times bestseller when it was published in April. The book is about how another young man from Baltimore named Wes Moore is serving a life sentence in prison for felony murder, while the author became a Phi Beta Kappa graduate of Johns Hopkins, a Rhodes Scholar, decorated combat veteran, White House fellow and business leader.

Moore, who received his degree in international relations in 2001, was a paratrooper and captain in the United States Army who served a combat tour of duty in Afghanistan with the elite 1st Brigade of the 82nd Airborne Division in 2005–2006. He spearheaded the American strategic support plan for the Afghan Reconciliation Program that unites former insurgents with the new Afghan government, and he is recognized as an authority on the rise and ramifications of radical Islamism in the Western Hemisphere.

A White House fellow from 2006 to 2007, Moore served as a special assistant to Secretary of State Condoleezza Rice. Following his time at the White House, he joined Citigroup, focusing on global technology and alternative investments. In 2009, he was selected as an Asia Society Fellow. Moore was named one of Ebony magazine’s “Top 30 Leaders Under 30” for 2007 and Crain’s New York Business’ “40 Under 40 Rising Stars” in 2009.

The students are selling $60 season passes that will secure seating near the stage. To purchase a pass, send a check payable to JHU Milton S. Eisenhower Symposium, including the name and e-mail address of the pass holder, to Milton S. Eisenhower Symposium, 210 Mattin Center, 3400 N. Charles St., Baltimore, MD 21218. Reserved seats can also be purchased for one event at $20.

For more information, go to www.jhu.edu/mse.