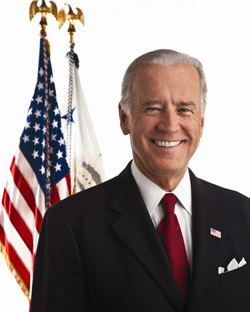 Johns Hopkins President Ron Daniels was one of six university heads who met at the White House with Vice President Joe Biden on Sept. 21 at a roundtable that Biden convened to draw attention to the $18 billion in stimulus money that is going to university research.

In remarks made at the open portion of the meeting, Biden called research spending “among the most critical parts” of the administration’s stimulus spending, saying that it was key to job growth and the nation’s economic competitiveness.

“Folks, this is where the future lies,” he said. “Our economic future will grow from ideas that are incubating at universities. That’s the breeding ground, and it always has been.”

Biden said he is “always amazed” when critics question federal spending on research.

“Some of our critics act like we’ve come up with some new social intervention,” he said.

He contrasted this attitude with the mindset in India and China, where leaders understand the need to invest in research.

“The rest of the world gets this, and we can’t afford to lag behind,” he said. “We cannot afford to not rededicate ourselves to the work you guys around the table do.”

The vice president promised a continued federal commitment to research, saying it was up to Washington to provide the “vision” and “seed money” to help universities “change the world.”

“Science is back in the White House,” he said.

A video of portions of the session is available online at www.whitehouse.gov/photos-and-video/ video/2010/09/21/investing-university-research.