This is your brain on art 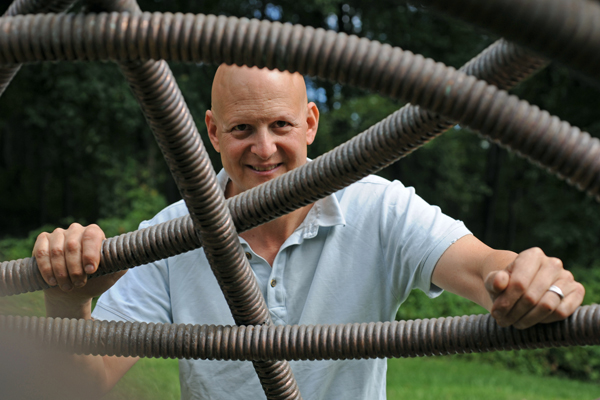 The classic Led Zeppelin track Stairway to Heaven, FM dial well-worn as it is, still elicits the desire to turn up the volume, particularly just before guitarist Jimmy Page’s signature solo. The listener lets Page’s effortless plucking wash over him, eyes instinctively close to concentrate on the notes. The sudden urge to air drum or hum along might strike.

Wait a second, what’s come over you?

More to the point, what message is your brain sending?

Now consider your reaction to seeing a pretty face or a Monet painting, or standing inside a lakeside cabin with thick exposed wood beams, a stone fireplace and picture windows. Why do you feel this sense of warmth and comfort? Or do you?

Humans have an innate capacity to be moved by images, forms, sounds and movements. For centuries, philosophers have speculated about the links between perception, beauty, creativity and pleasure. In recent years, scientists have learned a great deal about sensory systems and human response to the visual world, three-dimensional space, sound, touch, taste and smell.

To further this dialogue, the Johns Hopkins Brain Science Institute will host a two-day public symposium titled The Science of the Arts: Perceptual Neuroscience and Aesthetics on Oct. 20 and 21 at the American Visionary Art Museum and the Baltimore Museum of Art. 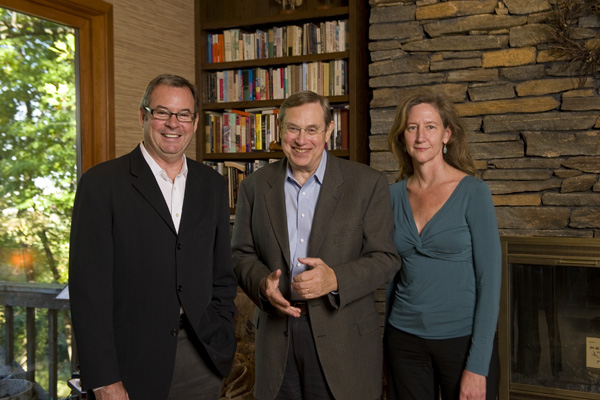 The event—developed by the Brain Science Institute in collaboration with the Walters Art Museum and the Office of the Provost—will gather renowned brain researchers, artists, educators, historians, architects, choreographers, composers and curators for a series of six conversations about the creative process and the basic science underlying aesthetics and beauty.

The Science of the Arts kicks off the Brain Science Institute’s new interdisciplinary speaker series intended to be an annual event that examines groundbreaking neuroscience topics for a diverse audience. The series will bring together faculty and researchers from virtually every Johns Hopkins school.

John “Jack” Griffin, director of the Brain Science Institute and University Distinguished Service Professor in the School of Medicine’s Department of Neurology, says that the study of perceptual neuroscience and aesthetics is a hot topic that has drawn increased attention, though the field remains in its infancy.

“This sense of perception, and the pleasure or reward it brings, is so fundamentally human that it deserves rigorous investigation,” Griffin says. “This event will let us take stock of where we stand in the field, what can be done and where it will go in the future.”

The symposium will allow participants to share information and focus questions on how the brain processes, responds to and creates art.

Speakers will explore how sensory systems operate, how people might come to define their perception of what is meaningful and how these perceptions take on the emotional value and cultural associations that form aesthetic experiences. Audiences generally reviled Stravinsky’s The Rite of Spring when it premiered, for example, but years later listeners grew to respect and appreciate the beauty in the work’s innovative and complex rhythmic structures. What happened culturally in the intervening years to make the work accepted?

The event’s participants will examine, among other topics, the power of faces and the human form to ignite emotional response and the role of form and function in architecture.

Griffin says that the appreciation of beauty and art dates back to man’s beginning.

“We just have to look at cave paintings from early man or the decorations of ancient burial places,” he says. “This sense of beauty is such a human thing. Part of what we are.”

The themes to be presented at the symposium have many implications in our daily lives, according to Susan Magsamen, co-coordinator of the event with Barbara Smith, programs and communications administrative manager at the Brain Science Institute.

“Imagine being able to design a classroom that enhances learning, or a hospital that facilitates even greater healing,” says Magsamen, co-director of the Neuro-Education Initiative at the School of Education and director of Interdisciplinary Partnerships at the Brain Science Institute. “What are the social implications of this sort of study? It’s pretty heady stuff, and we’re looking to demystify it, make it accessible.”

Gary Vikan, director of the Walters Art Museum, will kick off the event with a reception, dinner and lecture for invited guests on Oct. 19 at the Walters, featuring remarks by Semir Zeki, a professor at University College London, about the origins, history and future of neuroesthetics.

On Oct. 20, the American Visionary Art Museum’s James Rouse Visionary Center will host four talks that fall under the framework of Theory and Practice. The topics include visual art and color, neural mechanisms of musical improvisation, spatial representation and architecture, and harmonic representation and musical pitch.

The day ends with a cocktail reception and tour of the museum’s What Makes Us Smile? exhibition led by museum director and founder Rebecca Hoffberger and Johns Hopkins’ Solomon Snyder, University Distinguished Service Professor of Neuroscience, Pharmacology and Psychiatry.

On Oct. 21, the Baltimore Museum of Art will host the final two talks, whose topics are motor system and dance, and form perception and design.

The symposium concludes with an 10-person panel discussion titled “The Future of a New Field: Questions, Directions and Debate,” moderated by Griffin and WYPR journalist Tom Hall.

The panelists are Vikan; Zeki; Michael Hersch, chair of the Composition Department at the Peabody Institute; Steven Hsiao, professor of neuroscience at the School of Medicine; James Olson, of Olson Kundig Architects; John Eberhard, founding president of the Academy of Neuroscience for Architecture; Michael Miller, the Herschel and Ruth Seder Professor of Biomedical Engineering and director of the Center of Imaging Science in the Whiting School of Engineering; Mary Ann Mears, an artist and member of the board of directors of the Arts Education in Maryland Schools Alliance; Barbara Landau, the Dick and Lydia Todd Professor and chair of the Department of Cognitive Science in the Krieger School of Arts and Sciences; and Kay Redfield Jamison, professor of psychiatry in the School of Medicine.

“Hopkins neuroscientists were the pioneers in the study of sensory perception starting with Vernon Mountcastle, so it is only appropriate we take up the issue of how art affects brain function and can evoke such powerful emotional responses,” says Richard Huganir, director of Neuroscience at the School of Medicine and co-director of the Brain Science Institute.

Registration for the two-day symposium is free for Johns Hopkins students and $100 for all other participants. Space is limited.For more information, a full schedule of events and to register, go to www.brainscien
ceinstitute.org or contact Barbara Smith at bsmith13@jhmi.edu or 410-955-4504.