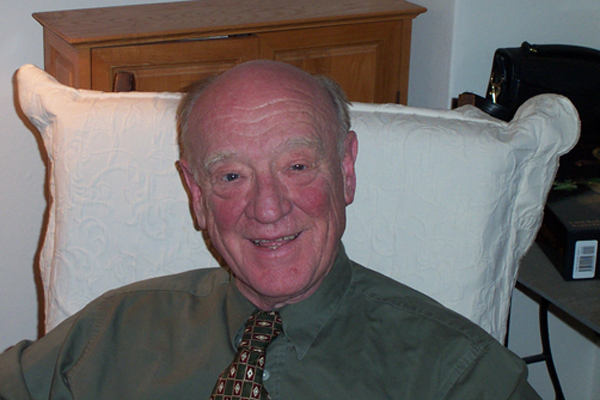 Owen Martin Phillips, a Johns Hopkins University faculty member emeritus and renowned oceanographer, died on Oct. 13 at his Chestertown, Md., home. He was 79.

Phillips was world-famous for devising a methodology for predicting and describing the shape of ocean waves and, in particular, giant waves—10-story upheavals of the sea surface—knowledge of which is essential for designing ships and drilling platforms capable of withstanding these destructive swells of water.

An engineer and scientist who probed the complex physics of fluids in motion, Phillips spent half a century at Johns Hopkins and was the chief architect of the school’s Department of Earth and Planetary Sciences, formed in 1967. His work in fluid mechanics is widely recognized as having had a profound impact on the field, cutting across traditional disciplines and encompassing practical applications as disparate as the Earth’s crust, its atmosphere and oceans.

“Owen was a true giant in the field of fluid mechanics for his contributions to oceanography and other geophysical flows. Much of our understanding of ocean waves can be traced to fundamental research done by Owen,” said Darryn Waugh, chair of the Department of Earth and Planetary Sciences. “Owen had a huge impact on Johns Hopkins University. Not only did he play a major role in the formation of the Department of Earth and Planetary Sciences, and twice serve as chair, but he also was its first and longest-serving chair, during which time he guided its growth and development into an internationally recognized interdisciplinary center for research and teaching.” Many of Phillips’ former students are now distinguished researchers worldwide.

A prolific writer, Phillips authored more than 100 papers in his field. His 1966 book, The Dynamics of the Upper Ocean, is a standard reference volume for students struggling to understand waves and turbulence, and his 1991 volume, Flow and Reactions in Permeable Rocks, unified the chemistry and physics of certain geological processes and is still used by students today.

Phillips was born on Dec. 30, 1930, in Paramatta, New South Wales, Australia. His father, a veteran of both world wars, moved the family of six to a small country town in northern New South Wales in 1936, then to Sydney in 1944, where Phillips attended high school. In 1948, Phillips entered the University of Sydney in the engineering program, which at the time was among the most rigorous academic training grounds in the world. He earned a bachelor’s degree in applied mathematics with highest honors in 1952 and his doctorate at Cambridge University in 1955.

He published his first scientific papers in 1955, and two years later joined The Johns Hopkins University as an assistant professor of mechanical engineering. That year, he published a paper outlining his still-famous and influential theory on ocean wave generation. Three years later, he left for Cambridge, accepting a position as assistant director of research in the Department of Applied Mathematics and Theoretical Physics. It did not take him long, however, to discover that the field of oceanography was expanding much more rapidly in the U.S. than it was in the U.K., so he returned to Johns Hopkins in 1963 as a full professor of geophysical mechanics.

In 1965, Phillips was awarded the coveted Adams Prize by the Royal Society of London for his first monograph, Dynamics of the Upper Ocean, published the following year. He was elected a fellow of the Royal Society in 1968, at the age of 37. Phillips was chair of the newly formed Department of Earth and Planetary Sciences for the next 10 years, and then again from 1988 to 1989.

He was awarded the Sverdup Gold Medal in 1974, served as president of the Maryland Academy of Sciences from 1979 to 1985 and was elected a fellow of the American Meteorological Society in 1980 and of the American Geophysical Union in 2006.

In April 1998, hundreds of friends and colleagues packed Johns Hopkins’ Shriver Hall auditorium to hear the world’s foremost experts in fluid dynamics pay tribute to Phillips upon his retirement. The turbulence expert was admired for his research acumen and accomplishments, and beloved for his gracious charm, quick sense of humor and generosity of spirit.

“Owen Phillips was genuinely a renaissance man, a true polymath,” said Peter Olson, a colleague of Phillips’ and a professor in the Department of Earth and Planetary Sciences, last week. “He took a sincere interest in everyone in EPS, and he was unfailingly generous, especially when it came to sharing his thoughts, ideas and insights with colleagues and students.”

Colleagues and friends in the Department of Earth and Planetary Sciences are planning a memorial service for Friday, Jan. 21, at a time and place to be announced. When more information is available, it will be posted on the department website, eps.jhu.edu.