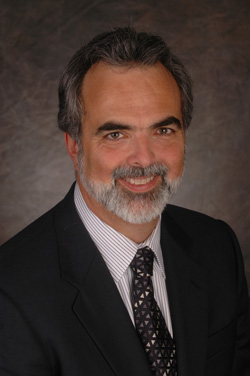 The university’s board of trustees on Sunday, Oct. 24, approved President Ronald J. Daniels’ recommendation that Michael C. Eicher be promoted to senior vice president for external affairs and development, a new position.

Eicher joined Johns Hopkins in 2006 as vice president for development and alumni relations, a post that will be assumed by Fritz Schroeder, who was senior associate vice president.

In his new role, Eicher will continue to oversee Development and Alumni Relations and will also assume responsibility for the Office of Communications and Public Affairs, which has been part of the Office of Government, Community and Public Affairs. Daniels said that a vice president for communications, a new position, will report to both Eicher and him. A search for the first occupant of this position will begin immediately.

Eicher’s expanded assignment, Daniels said, is similar in scope to the role he held at UCLA prior to coming to Johns Hopkins.

In a letter announcing the appointment to the Johns Hopkins community, Daniels said, “Mike works with great energy to strengthen our relationships with our alumni, parents and many other friends. He leads a team that persuasively makes the case for Johns Hopkins and for what our faculty, clinicians and students do to advance knowledge and make the world a better place. In his new role, Mike will expand the arenas in which he makes that case for Johns Hopkins.”

The university’s most recent fund-raising campaign, Knowledge for the World, closed with commitments of more than $3.7 billion.