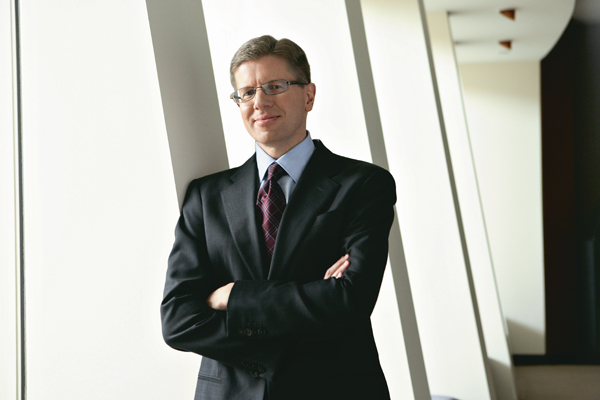 Michael “Mike” George, president of QVC Inc., is the featured speaker at the Johns Hopkins Carey Business School’s Leaders + Legends lecture series on Friday, Nov. 19. The event will take place from 7:30 to 9 a.m. at the Legg Mason Tower in Harbor East.

His talk is titled “Strategies for Winning in the Digital Commerce Age.”

Named president of QVC in November 2005 and CEO in April 2006, George is responsible for overseeing QVC’s operations in the United States, United Kingdom, Germany, Japan and Italy.

Under his leadership, QVC has become a premier lifestyle brand and shopping destination. The company is now one of the world’s largest multimedia retailers, with QVC TV reaching approximately 195 million homes worldwide and traffic on its Internet and mobile platforms exceeding 100 million visitors per year.

Prior to joining QVC, George was the chief marketing officer and general manager of U.S. consumer business for Dell Inc. In those roles, he was responsible for building the Dell brand globally, developing its global e-business and CRM (customer relationship management) capabilities, and leading its $8 billion U.S. consumer business. Prior to his time with Dell, George was a senior partner at McKinsey & Co. and led the firm’s North American Retail Industry Group. He also served as a member of the firm’s partner evaluation committee.

George serves on the boards of directors for the Kimmel Center and Alex’s Lemonade Stand Foundation and is a member of the corporate council for the National Constitution Center. He served on the Payless ShoeSource board of directors from 2003 to 2006.