Season begins with tragic love story (what else?) 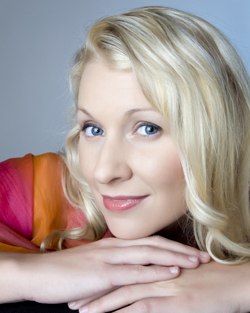 Peabody Opera Theatre will present a new, fully staged production of Jules Massenet’s Manon, named for the fictional young woman whose tragic love story inspired no fewer than three operas (the others by Auber and Puccini), as the first part of its French Season of Opera. Sung in French with English supertitles, Manon will be performed in Peabody’s Miriam A. Friedberg Concert Hall at 7:30 p.m. on Thursday, Nov. 18, Friday, Nov. 19, and Saturday, Nov. 20, and at 3 p.m. on Sunday, Nov. 21.

The stage director is Roger Brunyate, director of Opera Programs at Peabody. Ken Lam, assistant conductor of the Cincinnati Symphony Orchestra and an alumnus of Peabody’s graduate program in orchestral conducting, will guest conduct the Peabody Symphony Orchestra. The production is sponsored by Dr. and Mrs. Allan D. Jensen.

“Manon and des Grieux appear together in five of the six scenes in the opera, and sing love duets in four of them,” Brunyate notes, “but there is not a single scene in which they are both on the same page emotionally. The tension that arises from these clashes is one of the most fascinating aspects of the work.”

First performed at the Opera-Comique in Paris in 1884, Manon shows the influence of Carmen by Georges Bizet (which premiered in 1874) in the interweaving of passionate episodes and lighthearted interludes. But, according to Brunyate, Massenet conveys more sympathy for his doomed heroine than either Bizet or the Abbe Prevost, who wrote the moral—yet scandalous—18th-century novel on which the opera is based.

Each scene in Manon takes place in a distinctive setting, from the courtyard of an inn to the chapel of Saint-Suplice to a gaming salon at the Hotel de Transylvanie. Ukrainian-born set designer Sofya Karash, a 2009 graduate of Maryland Institute College of Art, has created colorful, thickly patterned landscapes and rooms that resemble those found in sophisticated picture books. Combined with lighting by Douglas Nelson, resident lighting designer at Peabody and production manager for Peabody Opera since 1985, the sets seem to contain both the vibrancy and the foreboding of Massenet’s score.

The other performers (the first in each pair appearing on Thursday and Saturday, the second on Friday and Sunday) are Kangho Lee and Nathan Wyatt as Lescaut, Manon’s cousin; Peter Tomaszewski and Alexander Rosen as the Count des Grieux; Stephen Campbell and Michael Rainbow as Guillot de Morfontaine; Michael Maliakel and Jisoo Kim as M. de Bretigny; Chun-Ting Chao and Danielle Edwards as Pousette; Danielle Buonaiuto and Annie Laing as Javotte; and Kristina Lewis and Tessa Wegenke as Rosette. JoAnn Kulesza, music director of Peabody Opera, served as principal coach.

The other half of Peabody’s French Season of Opera is a double bill of Les mamelles de Tiresias by Francis Poulenc and L’enfant et les sortileges by Maurice Ravel, to be presented March 16 to 19.