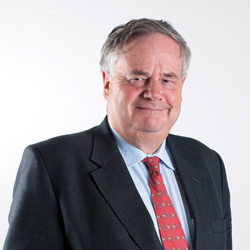 Sir David Bell, executive director of The Economist and former chairman of the Financial Times, is the featured speaker at the Johns Hopkins Carey Business School’s Leaders + Legends lecture series on Thursday, Dec. 9. The event takes place from 7:30 to 9 a.m. at the Legg Mason Tower in Harbor East. The topic of his talk is “Investing in Youth: A Compelling Case for Global Corporate Social Responsibility.”

At the end of 2009, Bell retired as a director of Pearson PLC, an international media company with world-leading businesses in education, business information and consumer publishing, and as chairman of the Financial Times, after serving for 13 years on its board of directors.

Bell was named chairman of Pearson’s New York offices in June 2003, after being appointed in 1998 as director for people, with responsibility for the recruitment, motivation, development and reward of employees across the Pearson Group. Appointed chief executive of the Financial Times in 1993, Bell was appointed chairman in 1996.

From 1995 to 2002, Bell headed the Millennium Bridge Trust, which was responsible for conceiving the first new bridge in 100 years across the Thames River in the center of London. He is also a member of the International Youth Foundation board, a member of Plan UK’s board, a trustee of the Centre for the Study of Financial Innovation and a member of the honorary council of the Royal National Theatre.

Bell, a graduate of Cambridge University and the University of Pennsylvania, received his knighthood in recognition of his service to industry, the arts and charity.

Admission to the lecture, which includes breakfast, is $35. To register and for more information, go to carey.jhu.edu/
leadersandlegends.