Theme of event is “Strength to Love: A Legacy for the Kings, a Future for America.” 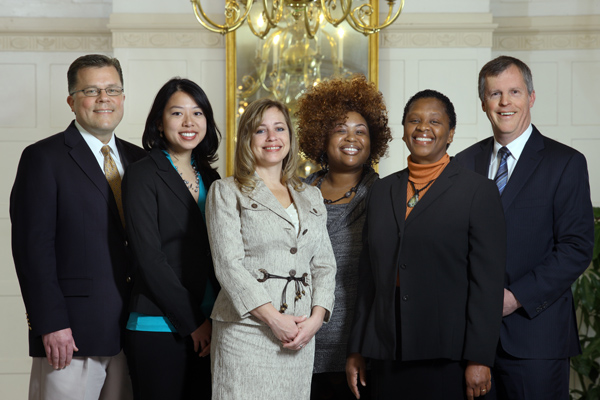 The theme is “Strength to Love: A Legacy for the Kings, a Future for America.” 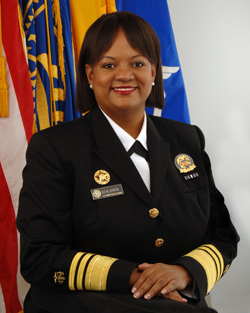 Begun in 1982, the Johns Hopkins Martin Luther King Jr. Commemoration honors the Nobel Peace Prize winner’s legacy of nonviolent activism and community service. This year’s event will take place from noon to 1:30 p.m. on Friday, Jan. 7, in Turner Auditorium on the East Baltimore campus and will be broadcast to several other university and health system locations.

Benjamin is the 18th surgeon general of the United States Public Health Service. As “America’s doctor,” she provides the best scientific information available on how to improve the health of individuals and of the nation. She also oversees the operational command of 6,500 uniformed health officers who serve in locations around the world.

Benjamin is founder and former CEO of the Bayou La Batre Rural Health Clinic in Alabama, former associate dean for rural health at the University of South Alabama’s College of Medicine and immediate past chair of the Federation of State Medical Boards of the United States. In 1995, she was the first physician under age 40 and the first African-American woman to be elected to the American Medical Association board of trustees. She served as president of the AMA Education and Research Foundation and as chair of the AMA Council on Ethical and Judicial Affairs. In 2002, she became president of the Medical Association of the State of Alabama, making her the first African-American female president of a state medical society in the country.

In 1998, Benjamin was the United States recipient of the Nelson Mandela Award for Health and Human Rights. She was named by Time magazine as one of the nation’s 50 future leaders age 40 and under. 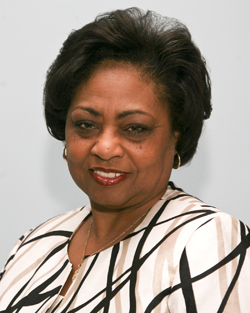 Benjamin experienced Hurricane Georges in 1998, Hurricane Katrina in 2005 and a devastating fire in 2006, often putting up her own money to cover others’ expenses. She also became nationally prominent for her business acumen and humane approach to preventive medicine.

Levi Watkins, a professor of cardiac surgery in the School of Medicine who organizes the annual King remembrance, said that Benjamin can talk about access to health care and the great needs that exist in many poor U.S. communities.

“She is an incredible lady of the South. She has overcome many obstacles. I feel it is timely to have a conversation about race and health, urban health in particular. Certainly that topic is a crucial one at Johns Hopkins,” said Watkins, associate dean for postdoctoral programs. “There are still major issues and health needs we need to address across this country.”

Shirley Sherrod, a longtime expert on rural development and land trusts, joined the U.S. Department of Agriculture in 2009 as the Georgia state director of rural development. She was the first black person to hold that position.

In July 2010, Sherrod was forced to resign from her position at the USDA after conservative blogger Andrew Breitbart posted video excerpts on his website of a Sherrod address at an NAACP event. According to Breitbart, her comments showed how a federally appointed executive racially discriminated against a white farmer. The video set off a storm of controversy and criticism of Sherrod. Subsequent events showed that the posted video clip was taken out of context and was part of broader comments that conveyed a completely different meaning.

The NAACP apologized for critical comments, and her boss at the USDA also apologized and offered her another job, which she declined.

Sherrod was born in 1947 in Baker County, Ga., where her father, a deacon at the local Baptist church, was shot to death by a white farmer, reportedly over a dispute about livestock. No charges were returned against the shooter by an all-white grand jury. The murder of her father, when she was just 17 years old, had a profound impact on her life, she has said, and led to her decision to stay in the South to bring about change.

She attended Albany (Ga.) State, where she received her bachelor’s degree in sociology and worked for civil rights with the Student Nonviolent Coordinating Committee, through which she met her future husband, the Rev. Charles Sherrod.

During the 1960s, the couple helped form several land trusts in southwest Georgia, in particular, New Communities Inc., a collective farm co-founded by Shirley Sherrod in 1969. Located in Lee County, the 6,000-acre project was the largest tract of black-owned land in the United States. It was to be a laboratory and model for community land trusts designed to provide an equitable and sustainable model of affordable housing and community development while providing African-American farmers the opportunity to farm land securely and affordably. The project encountered difficulties: White farmers accused participants of being Communists, and Gov. Lester Maddox prevented development funds for the project from entering the state. A drought in the 1970s, fertilizer suppliers selling the farmers inferior products and an inability to get timely government loans led to the project’s demise. Sherrod went on to work with the Federation of Southern Cooperatives to help black farmers keep their land.

Sherrod later served on the board of the Rural Development Leadership Network, until she accepted her position with the USDA in 2009.

Watkins said that Sherrod’s dismissal from the USDA is proof that racial discourse in America can still prove toxic.

Friday’s celebration will include the 20th annual Martin Luther King Jr. Community Service Awards ceremony, in which eight Johns Hopkins employees will be honored for demonstrating through community service the spirit of volunteerism and citizenship that characterized King’s life.

Being recognized from the university are Ted Alban, an assistant administrator in the School of Medicine; Fanon Hill, a materials handler at the Homewood campus; Kathleen Norton, a field director at the Bloomberg School of Public Health; and Tong Zhang, an immunology graduate student in the School of Medicine. Health system honorees are Barry Meyer, a facilities director at Johns Hopkins Bayview Medical Center; Swanzeta Nciweni, a transplant information systems specialist at The Johns Hopkins Hospital; Sammi Turner, a special needs coordinator with Johns Hopkins Health Care; and Ann Marie Lee-Wilkins, a patient care manager at Bayview.

The Unified Voices Choir, a gospel group whose ranks include both Johns Hopkins staff and community members, will provide musical entertainment beginning at 11:30 a.m.

Those unable to attend can view the event on closed-circuit television in Levering Hall’s Arellano Theater on the Homewood campus; Hurd Hall and Tilghman Auditorium, or on JHH Patient Channel 54, on the East Baltimore campus; the Asthma and Allergy Auditorium at Bayview; the auditorium at Suburban Hospital in Bethesda; conference room C113 in Davis Hall at Mount Washington; the Kossiakoff Center Auditorium at the Applied Physics Laboratory; or the third-floor conference room at 901 S. Bond St. in Fells Point.