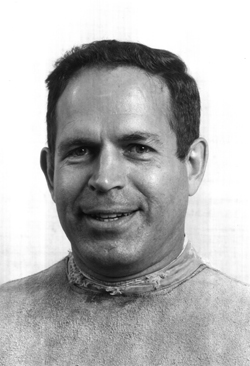 Richard Francis “Dick” Oles, who coached Johns Hopkins fencing athletes to more than 600 team victories over 44 years, died Jan. 27 after being struck by a vehicle while walking during a snowstorm along Mountain Road in Anne Arundel County, near his home. He was 77.

Oles was head coach of the university’s men’s fencing team from 1959 through 2003, compiling a record of 643 team wins and 214 losses. During this period, he led the Blue Jays to 21 Middle Atlantic Collegiate Fencing Association championships and 12 finishes in the top 25 at the NCAA Fencing Championships. He was named the U.S. Fencing Coaches Association Coach of the Year in 1992 and was chosen as MACFA Coach of the Year 10 times.

“Dick gave 44 years to Johns Hopkins University, and during that time he amassed an exceptional record,” said Tom Calder, director of Athletics. “Perhaps more impressively, he helped grow the sport by developing numerous student athletes who had never fenced prior to enrolling at Johns Hopkins. In addition, he was well-known nationally and internationally in the fencing community, and he will be sorely missed.”

Oles commonly assembled his teams by posting fliers around the Homewood campus and then training the students who responded, many of whom had never before held a fencing sword. “He was very well-known for developing homegrown fencers,” said Ernie Larossa, the university’s Sports Information director.

Larossa added that while many national collegiate sports such as football and basketball are divided into three divisions to allow smaller programs to play against like opponents, collegiate fencing is not. As a result, he said, Oles’ Blue Jays competed against some of the nation’s most prominent college fencing teams.

In addition to his coaching duties, Oles held academic ties to the university. He entered Johns Hopkins as a student in 1951, left to serve in the Army, then returned to Baltimore and studied piano for three years at the Peabody Conservatory. In 1968, he completed his Johns Hopkins studies for a degree in psychology.

Oles told The Catholic Review in 2009 that he became interested in fencing after hearing metallic clinking sounds coming from a sports practice room at Johns Hopkins. As a fan of Errol Flynn and other movie swashbucklers, he chose to join the team. Eventually, he moved on to a coaching role.

According to The Baltimore Sun, Oles’ survivors include nine nieces and nephews. In honor of Oles, a memorial gathering for the fencing community was held Feb. 4 at the Knights of Columbus Hall on Homeland Avenue, where he had a fencing room.

The traffic incident in which Oles was fatally injured was described by Anne Arundel County police as a hit-and-run and remains under investigation.

To read a profile of Oles in the February 2001 issue of Johns Hopkins Magazine, go to www.jhu.edu/jhumag/0201web/fence.html.