CEO of Veolia Transportation to speak at Leaders + Legends 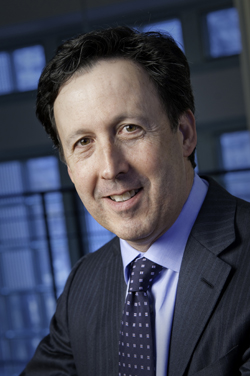 Mark Joseph, chief executive officer and vice chairman of Veolia Transportation, is the featured speaker at the Johns Hopkins Carey Business School’s Leaders + Legends lecture series on Wednesday, Feb. 16. The event will take place from 7:30 to 9 a.m. at the Legg Mason Tower in Harbor East.  The title of his remarks is “Transforming Cities Through Smart Mobility: A Leading Transportation Company’s Approach.”

Committed to transforming and improving the quality of urban life through well-designed, environmentally conscious and integrated transportation, Joseph began his career with Yellow Cab of Baltimore, where he served as president and CEO for 20 years. Under his leadership, Yellow Cab grew from a small local operation into a leading regional transportation company, Yellow Transportation, which was recognized nationally for efficiency, customer care and innovation in multiple modes of transportation.

During those years, Joseph served in numerous government advisory and industry leadership positions, including chairing a governmental council on privatization for the state of Maryland and serving as president of the TLPA, an international industry trade association. He started one of the nation’s first paratransit services, created the first urban auto-care mall and was a founding member and chairman of the U.S. Capital Chapter of the Young Presidents’ Organization.

As CEO, Joseph has rapidly transformed Veolia Transportation into the largest multimodal transportation company on the continent. He has directed dynamic expansion of bus, rail, paratransit, shuttle and taxi services, including privatization of the New Orleans public transportation authority and the acquisition and expansion of SuperShuttle, which serves 30 airports throughout the nation.

An entrepreneur and innovator, Joseph serves on numerous public, private and nonprofit boards, and has lectured for the Wharton MBA program. He is a graduate of American University.

Admission to the lecture, which includes breakfast, is $35. To register and for more information, go to carey.jhu.edu/
leadersandlegends.