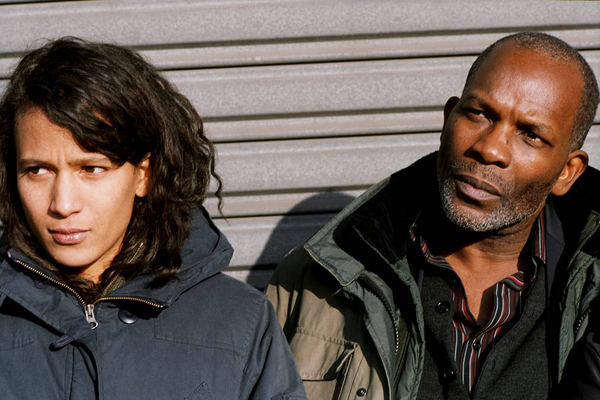 Claire Denis’ ‘35 Shots of Rum’ is a meditation on the relationship between a widowed father and his university-student daughter.

Wednesday, March 2, marks the beginning of the second Tournees Festival of Contemporary French Cinema presented by the Department of German and Romance Languages and Literatures at Johns Hopkins University.

The free two-week festival, to be held on the Homewood campus, will begin with a screening of Paris, an ensemble film that follows a cast of characters of vastly different backgrounds through the city. It is directed by Cedric Klapisch, who also directed The Spanish Apartment (L’auberge espagnole). The film will be presented by Kristin Cook-Gailloud, director of the French language program in German and Romance Languages and Literatures.

The festival continues on Thursday, March 3, with Abderrahmane Sissako’s Bamako, a political film about the African debt crisis that imagines the World Bank and the International Monetary Fund as defendants in a trial taking place in the courtyard of an apartment building in urban Mali as daily life goes on around it. The film will be presented by Siba Grovogui, a professor in the Department of Political Science.

The first week of the festival will conclude on Saturday, March 5, with a double feature of classical dance on film. First is the Maryland premiere of Claude Bessy: Traces of a Life, an intimate portrait of the great French ballerina, who was Gene Kelly’s partner in Invitation to the Dance and director of the Paris Opera Ballet School from 1972 until 2004. The film, directed by Fabrice Herrault, will be presented by Olivia Sabee, a graduate student in the Department of German and Romance Languages and Literatures. The second feature will be La Danse: Le Ballet de l’Opera de Paris, by the groundbreaking documentary filmmaker Frederick Wiseman, director of Titicut Follies, Welfare and High School. The day will conclude with a panel discussion of the Wiseman documentary with John Mann, a documentary filmmaker and a lecturer in Film and Media Studies; and Susan Mann, professor of dance at Towson University.

The second week of the festival will open on Tuesday, March 8, with the important contemporary filmmaker Claire Denis’ 35 Shots of Rum (35 Rhums), a meditation on the relationship between a widowed father, who is a conductor on the Parisian commuter railroad, and his university-student daughter. The screening will be followed by a discussion with filmmaker Matt Porterfield, of Film and Media Studies, and Anne Eakins Moss, of the Humanities Center.

On Wednesday, March 9, the festival will present Daniel Leconte’s It’s Hard Being Loved by Jerks (C’est dur d’etre aime par des cons), a documentary on the 2007 Paris trial of the satirical magazine Charlie Hebdo for racist slander due to its decision to reprint the controversial Danish political cartoons depicting the prophet Mohammed. The film explores issues of freedom of the press, censorship and the rights of religious minorities. It will be presented by Peter Jelavich, a professor in the Department of History.

The festival continues on Thursday, March 10, with Rachid Bouchareb’s Days of Glory (Indigenes), relating the forgotten story of the African recruits who fought to liberate France in 1944 and 1945. The film will be presented by Emine Fisek, a postdoctoral fellow in German and Romance Languages and Literatures.

The final screening of the festival, on Saturday, March 12, will be Cheik Djemai’s 2004 documentary on the short, intense life of Frantz Fanon, psychiatrist, philosopher, theorist of racism and revolutionary, Frantz Fanon: His Life, His Struggle, His Work (Frantz Fanon: Sa vie, son combat, son travail).

All films are in French with English subtitles; see box for times and locations. The Tournees Festival was made possible with the support of the Cultural Services of the French Embassy and the French Ministry of Culture along with the Florence Gould Foundation, the Grand Marnier Foundation and Highbrow Entertainment. For more details, go to the festival website, https://sites.google.com/site/jhutournees2011.