Fareed Zakaria to speak at universitywide ceremony on May 26 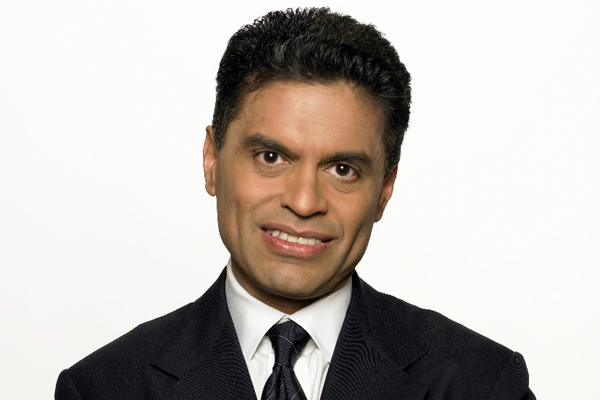 Fareed Zakaria, the host of CNN’s flagship international affairs program and one of the most influential political commentators of his day, will be the featured speaker at this year’s university commencement ceremony, to be held on Thursday, May 26, on Homewood Field.

The Indian-American journalist hosts CNN’s Fareed Zakaria GPS and also serves as editor at large for Time magazine and as a columnist for The Washington Post. He was described in 1999 by Esquire magazine as “the most influential foreign policy adviser of his generation.” In 2010, Foreign Policy magazine named him one of the top 100 global thinkers.

Jerry Schnydman, executive assistant to the president and secretary of the university’s board of trustees, extolled Zakaria’s extensive worldview and influence in international affairs.

“With so much going on in the world, in particular the political upheaval and sprouting democracy in the Middle East, we thought Dr. Zakaria would be an ideal voice for our graduates to hear from,” said Schnydman, who worked in concert with senior class representatives and the President’s Office in selecting this year’s speaker. “We’re excited to have him come to Johns Hopkins.”

The most recent journalist to serve as speaker was Tom Brokaw, who spoke to graduates at the 2002 ceremony.

In an effort to promote a more unified Johns Hopkins family, the university last year fused the universitywide commencement ceremony with the Homewood undergraduate diploma ceremony for one grand graduation observance. The result is a single ceremony, at which Zakaria will speak, for graduates from all divisions and campuses.

Since 2008, Zakaria has hosted GPS, which airs Sundays worldwide on CNN. He has conducted in-depth interviews with prominent world figures including the Dalai Lama, Barack Obama, King Abdullah II, Dmitry Medvedev and Moammar Gadhafi, as well as countless intellectuals, business leaders, politicians and journalists. In its first year, GPS garnered an Emmy nomination for an interview with China’s Premier Wen Jiabao.

Zakaria became Time editor at large in October 2010 after spending 10 years overseeing all of Newsweek’s editions abroad.  He has received numerous honors for his writing, including a 2010 National Magazine Award for his October 2001 Newsweek cover story, “Why They Hate Us.”

Before joining Newsweek in October 2000, he spent eight years as managing editor of Foreign Affairs, a post to which he was appointed at age 28.

A noted author, Zakaria has written several books, including most recently The New York Times bestseller and critically acclaimed The Post-American World. He’s a regular commentator on many news programs and a frequent and popular guest on The Daily Show with Jon Stewart.

Born in India in 1964, Zakaria went on to receive a bachelor’s degree in history from Yale University and a PhD in political science from Harvard University. He currently serves as a trustee of Yale.

He lives in New York City with his wife, son and two daughters.

More information on this year’s commencement ceremony, and a full list of speakers for all university divisional ceremonies, will be available later this spring at www.jhu.edu/commencement.