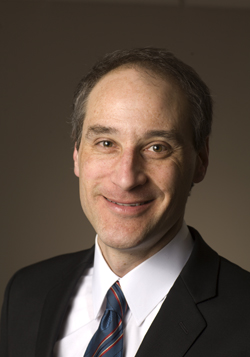 Established in 1986, the center, located in Nanjing, China, is a postgraduate educational joint venture between Johns Hopkins and Nanjing universities, providing approximately 200 students from the United States and other countries and China the unique opportunity to live and study together. American and international students take the majority of their classes in Mandarin, while Chinese students study mostly in English. In addition, the center has the only open stack, uncensored library in China, containing more than 100,000 English and Chinese volumes. SAIS administers the center’s activities on behalf of Johns Hopkins.

As the Nanjing-based American co-director, Patent will be responsible for the management of the center’s affairs with the Chinese co-director, as well as the administration of the recently established master’s program—the first Sino-U.S. master’s degree accredited in both countries—and the certificate program.

Patent most recently has served, since late 2009, as vice president of communications and marketing for Orchestrall, a Philadelphia-based China market entry company.

His more than 20 years of China-related experience began after college, when he taught English in the far northeast industrial city of Qiqihar. Since that time, his work has spanned the education, nonprofit and business sectors. He later lived in Guangzhou, Chengdu and Beijing, where in 2004 he became the inaugural director of Stanford University’s Overseas Studies Program based at Peking University. While with the Stanford program, he also taught courses on language and culture and conducted scholarly research. In 2007, Patent transitioned to the private sector, working near Philadelphia as a management consultant for Gap International, leading a team of linguists charged with innovating methods of using language to improve business performance.