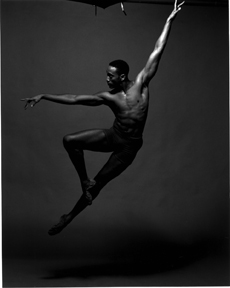 Seventeen of the most accomplished students from Peabody Dance, the time-honored dance department of the Peabody Preparatory, will perform with guest artists Christine Buttorff, a former member of the Nashville Ballet, and Rainey, a former Pennsylvania Ballet soloist who directs his own Philadelphia-based company, Carbon Dance Theatre.

Rainey’s major new work for this year’s Choreography Showcase, set to Michael Nyman’s String Quartet No. 2, is a four-movement contemporary ballet in which he and Buttorff perform a pas de deux. With Dolid, he has choreographed a suite of dances set to three solo piano movements by Francis Poulenc. His third work is a restaging of a solo dance, Caged, which Buttorff will perform.

The four new works by Bartlett, who produces the annual Choreography Showcase, maximize the musical resources and unique opportunities for collaboration offered by the Peabody Conservatory.

“Mantra is the focal point for creative partnership in this year’s showcase,” Bartlett said. “Angel’s piece creates a musical tai chi for the percussionists’ hands, and the choreography is inspired by this icon of compassion and the contemplative atmosphere in which mantras are intoned.”

Bartlett’s third work will feature hip-hop virtuoso Logan Paschall, a second-year student in the Estelle Dennis/Peabody Dance Training Program for Boys and a freshman at the Baltimore School for the Arts, and Irina Randrianarivelo, a student at the Bryn Mawr School. The theme, in an experimental juxtaposition of genres, is “ballet meets hip-hop.” The smorgasbord of contemporary styles will be rounded off with a dance by Bartlett set to reggae music.

Now in its 97th year, Peabody Dance is believed to be the oldest dance training program in the United States.

For more information about the Choreography Showcase and the performers, go to www.peabody.jhu.edu/danceshowcase.