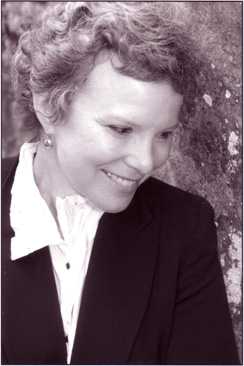 The Joshua Ringel Memorial Reading celebrates its 14th season on Sunday, April 10, when poets Carolyn Forche and special guest Nikola Madzirov read from their work at 5 p.m. in the Baltimore Museum of Art’s Meyerhoff Auditorium. The event is sponsored by Johns Hopkins’ Center for Talented Youth.

Known as a “poet of witness,” Carolyn Forche (for-shay) has managed over her 35-year career to “wed the ‘political’ and the ‘personal’ … like Neruda, Philip Levine [and] Denise Levertov,” writer Joyce Carol Oates has said. Forche “addresses herself unflinchingly to the exterior, historical world.”

Forche is the author of four books of poetry. Her first collection, Gathering the Tribes, won the Yale Series of Younger Poets Award. In 1977, she received a John Simon Guggenheim Foundation Fellowship, which enabled her to travel to El Salvador, where she worked as a human rights advocate. Her second book, The Country Between Us, received the Poetry Society of America’s Alice Fay di Castagnola Award and was the Lamont Selection of the Academy of American Poets. In 1994, her third book of poetry, The Angel of History, was chosen for the Los Angeles Times Book Award. Her fourth book of poems, Blue Hour, was published by HarperCollins in spring 2003.

Nikola Madzirov was born in 1973 into a family of Balkan Wars refugees in Strumica, Macedonia. His poetry has been translated into 30 languages and published in collections and anthologies in the United States, Europe and Asia. Former Ringel poet Li-Young Lee has said that “Madzirov’s poems move mysteriously by means of a profound inner concentration, giving expression to the deepest laws of the mind.”

BOA Editions has just published in the United States a selection of Madzirov’s poetry titled Remnants of Another Age.

The Joshua Ringel Memorial Fund was established in 1998 by the Ringel family in memory of this former CTY student whose life was tragically cut short in a motorcycle accident just before his 28th birthday. The fund supports an annual lecture/reading dedicated to education, poetry and the imagination. Past visiting poets have included Kenneth Koch, Robert Pinsky, Grace Paley, John Ashbery, Sharon Olds and Billy Collins.

A question-and-answer session and a book signing with the authors will immediately follow the reading. Books will be available for purchase at the door. Seats are limited, so those wishing to attend should email ctypr@jhu.edu with their name and number of seats requested. More information is available at www.cty.jhu.edu/ringel.