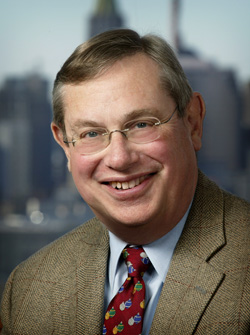 Griffin was one of the world’s top experts, both as a clinician and researcher, on peripheral nerve disorders. He became a leading figure in studies of Guillain-Barre syndrome, a disease in which the immune system attacks nerves, leading to rapidly evolving paralysis of the legs, arms, face and muscles used in breathing. He went on to play a central role in studying the mechanisms of nerve degeneration and regeneration, and his work led to numerous treatments for neuromuscular disorders.

So highly regarded was Griffin and so extensive was his influence in the study of axons, the nerve fibers that conduct electrical impulses, and the Schwann cell, which covers and protects axons, that a two-day symposium titled The Friends of the Axon, the Schwann Cell and Jack Griffin was held at Johns Hopkins in January. It featured an international gallery of top scientists in these fields, who heard more than a dozen scientific talks and shared snippets of a life that undeniably altered the practice of neurology. Among those who spoke glowingly of Griffin while describing their own latest research were faculty from the universities of Dusseldorf, Heidelberg and Glasgow, as well as from Harvard, Emory and New York universities; the universities of Pennsylvania, Massachusetts, Michigan and California, San Diego; Hunter College; the Cleveland Clinic; and Johns Hopkins.

“Jack had a hand in developing about 15 different treatments and diagnostic tests—most men would be happy with any one of these achievements,” said Justin McArthur, professor of neurology, pathology and epidemiology in the Johns Hopkins School of Medicine and neurologist in chief of The Johns Hopkins Hospital. “He was a superb neurological detective. The name of Jack Griffin’s farm baseball team was the Optimists. It echoes Jack’s essential nature, that of an empathic clinician as well as a superb neurologist. With his patients, it was always, ‘You will recover.’ With his research, it was, ‘This is going to work.’ There was a tremendous positive spirit felt throughout his career.”

“Jack was the model clinician scientist,” said Jeffrey Rothstein, who is now the John W. Griffin Director of the Johns Hopkins Brain Science Institute, as well as a professor of neurology and neuroscience at the Johns Hopkins University School of Medicine and director of the Robert Packard Center for ALS Research at Johns Hopkins. “His commitment to translating clinical observations to the lab to understand how nerve diseases occur was unsurpassed, and based on the essence of his personality and attributes here at Hopkins, an open, friendly, engaging collaboration.”

Beginning as a Neurology resident in 1970, Griffin spent his entire four-decade career in the Johns Hopkins School of Medicine, except for a 1973–1975 stint as a clinical associate at the National Institute of Neurological and Communicative Disorders and Stroke in Bethesda, Md. He ultimately earned professorships in Neurology, Neuroscience and Pathology.

Griffin was named head of the School of Medicine’s Department of Neurology and neurologist in chief of The Johns Hopkins Hospital in 1999. As head of Neurology, he oversaw the expansion of what already was the country’s largest neurology critical care unit, to a 22-bed facility for the treatment of patients with severe strokes or traumatic brain injuries, intractable seizures and gunshot wounds, or those requiring recuperation from significant brain or back surgeries.

By 2002, he could tell a writer for Johns Hopkins Medicine’s publication Dome that the hospital now had no peer in neurocritical care. “There is no other comparable department” for neurological treatment in the country, he said. “The science of neurocritical care has grown up, and it makes an enormous difference in outcomes. Lives are saved, and hospital stays are shortened. This new unit provides a setting where the most advanced treatments can be brought to bear.”

Griffin also was a much-admired teacher, earning the School of Medicine’s Professors Award for Excellence in Teaching. He also served as president of the Peripheral Nerve Society, the Society for Experimental Neuropathology and the American Neurological Association. In 2004, he and his wife, Diane Griffin, an eminent virologist and professor of both medicine and neurology and the Alfred and Jill Sommer Professor and Chair of the W. Harry Feinstone Department of Molecular Microbiology and Immunology at the Johns Hopkins Bloomberg School of Public Health, became the first husband-and-wife team in the history of Johns Hopkins Medicine to be elected to the prestigious Institute of Medicine in the same year.

Griffin remained head of Neurology until 2006, when ill health compelled him to step down from the post. He recovered, however, and in 2007 became the founding director of the Brain Science Institute. That same year he received the Johns Hopkins Heritage Award for outstanding service to the university.

“Hopkins, and the greater scientific world, has lost a great leader,” said Edward Miller, the Frances Watt Baker, M.D., and Lenox D. Baker Jr., M.D., Dean of the Medical Faculty and the chief executive officer of Johns Hopkins Medicine. “His professional and personal commitment to his patients and research were unparalleled. Our condolences go out to his family, both at home and at Hopkins; his former patients; and the research community. He’ll be greatly missed.”

A native of Nebraska, Griffin was a 1963 Phi Beta Kappa graduate of Grinnell College in Iowa. He obtained his medical degree in 1968 from Stanford, where he spent two years as an intern and resident before coming to Johns Hopkins.

A prolific researcher, he focused on understanding the mechanisms of degeneration and regeneration in peripheral nerves, including the roles of growth factors and molecules within the Schwann cell. He published more than 300 studies in scientific journals, edited major textbooks on peripheral neuropathies and was editor of the journal Nature Neurology.

As a mentor, he trained more than two dozen postdoctoral fellows, all of whom have gone on to distinguished careers at universities and institutes reaching from Australia, China and Taiwan to Europe and the Middle East and throughout the United States.

In addition to his wife, Griffin is survived by sons Todd and Erik, daughters-in-law Esther and Tara, and granddaughter Sophie.

A memorial service was held April 20 at St. Mark’s Lutheran Church in Baltimore.