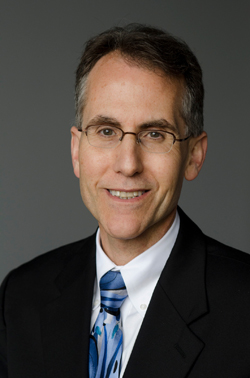 Bieler, who has focused his career on innovative, strategic communications that bring organizations closer to the audiences most important to their success, will join Johns Hopkins in July. He will lead the Communications and Public Affairs unit in the university’s central administration and encourage collaboration with communications teams located throughout the university, said President Ronald J. Daniels, who recommended Bieler’s appointment to the board of trustees.

Bieler assumes a new position created “in recognition of the critical importance of communications in strengthening the university’s relationships with alumni, prospective students, parents, the local community and a broad array of other external and internal audiences,” Daniels said. Previously, the university’s central communications group reported to a vice president who also had responsibility for government and community relations.

“We want to tell the Johns Hopkins story—the story of a university of comprehensive excellence, a university that enables scholars to reach their full potential and a university that solves problems and contributes ideas to its community and the world,” Daniels said. “Glenn is an experienced communicator and talented leader with a variety of experience that will serve him well as he takes on the mission to tell that story.”

Bieler will report jointly to Daniels and to Michael C. Eicher, senior vice president for external affairs and development. Eicher said that Bieler’s effectiveness in marketing and communications in both university and academic medical center settings gives him a head start in working within Johns Hopkins.

“Glenn has a track record as an accomplished leader of and contributor to communications successes,” Eicher said. “His varied experience will allow him to work effectively in our diverse and decentralized environment and to partner with departments across the institution to build on the excellence of our Communications and Public Affairs team.”

“I am excited about joining one of the world’s great universities and about the challenges ahead,” Bieler said. “I know there are first-rate communications teams in place at Johns Hopkins, both in the central administration and in the schools, divisions and other units. I look forward to working with all of them, building on what they have already achieved in communicating what the Johns Hopkins brand is all about.”

Bieler joined Case Western Reserve in 2008 and is responsible there for media relations, marketing, advertising, market research, internal communications, alumni and development communications, and electronic media. He led a well-received university branding initiative, drove a redesign of the university’s main website, worked to improve brand-related collaboration between the university’s medical school and its affiliate hospitals, and implemented strategic research projects that informed the university’s promotional campaigns in local and national markets.

Previously, Bieler spent more than eight years with the Cleveland Clinic, one of the nation’s top hospitals and academic medical centers, the last two years as director of marketing and communications. A former practicing attorney, he began a transition into marketing and communications as international business development manager at Jones Day, one of the world’s largest law firms.

Bieler is a 1989 graduate of New York Law School and earned his bachelor of arts degree in 1983 at the University at Albany of the State University of New York.