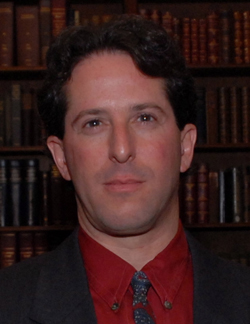 Marc Kamionkowski, considered one of the world’s leading theoretical physicists for his work in large-scale structures and the early history of the universe, has joined the faculty of the Henry A. Rowland Department of Physics and Astronomy in the Krieger School of Arts and Sciences at Johns Hopkins.

Kamionkowski, formerly an endowed professor at California Institute of Technology, has spent much of his career researching astrophysics, cosmology and elementary particle theory.

“Dr. Kamionkowki’s research spans the boundary between particle physics and astrophysics and is directly relevant to much of what our department is already working on,” said Daniel Reich, chair of the department. “He is a perfect fit for us.”

“Johns Hopkins has a number of great people in Physics and Astronomy who I have long known and admired, and I am looking forward to joining their ranks,” Kamionkowski said when his appointment was announced.

The Robinson Professor of Theoretical Physics at Caltech since 1999, Kamionkowski has worked on particle dark matter, inflation and cosmic acceleration, as well as on neutrino and nuclear physics and astrophysics, large-scale-structure and galaxy formation, gravitational lensing, alternative gravity theories, phase transitions in the early universe, the epoch of reionization, the first stars, and high-energy and stellar astrophysics.

A native of Cleveland, Kamionkowski earned his bachelor of arts degree in 1987 from Washington University in St. Louis and his doctorate in 1991 from the University of Chicago. He spent three years in postdoctoral studies at the Institute for Advanced Study in Princeton, N.J., and joined the faculty of Columbia University in 1994.

Kamionkowski is a fellow of the American Physical Society. He won the Department of Energy’s Ernest O. Lawrence Award in High Energy and Nuclear Physics in 2006 and was named the Department of Energy’s Outstanding Junior Investigator for 1998–99. In 1998, he won the American Astronomical Society’s Helen B. Warner Prize and was named an Alfred P. Sloan Foundation Fellow each year from 1996 to 1998.