Summer in the city

‘Our community partners were thrilled with the students’ 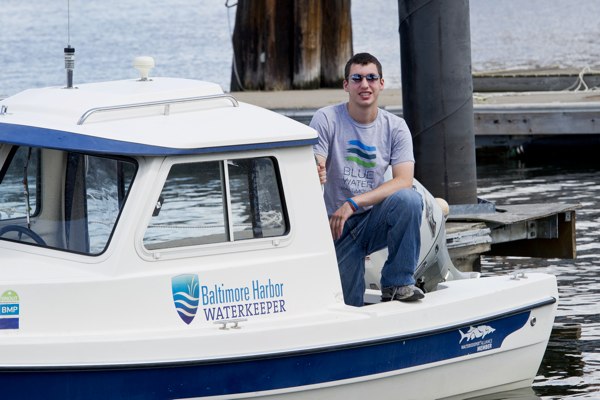 Working for Blue Water Baltimore, Kenneth Felsenstein was part of a bacterial monitoring project in the Inner Harbor and Patapsco’s Middle Branch. Photo: Will Kirk/Homewoodphoto.jhu.edu

Kenneth Felsenstein got his hands dirty this summer, and loved every minute of it.

At Blue Water, Felsenstein worked as a member of the “Green Pod,” which is responsible for conservation landscaping, community greening and watershed maintenance. He tracked urban forestry projects through the city’s TreeBaltimore initiative, managed groups of YouthWorks interns, assisted in stream cleanups, helped oversee a massive project to transform an unused school parking lot into a community green space and helped administer the organization’s bacterial monitoring program in two major waterways.

The senior’s responsibilities didn’t end there, but he had to pause for a breath. 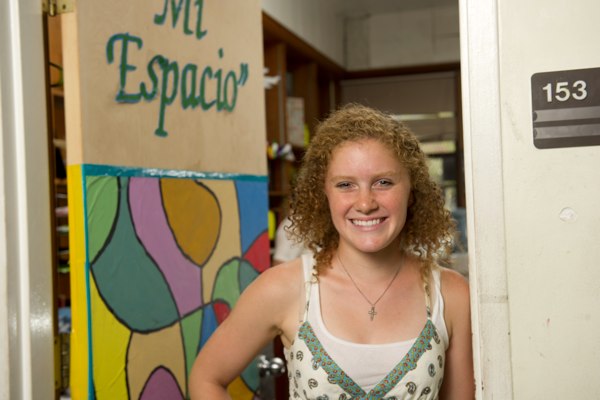 “It has been a very rewarding experience,” said Felsenstein on the eve of the final day of his internship. “I have learned a significant amount about the interconnectedness of public health and our natural environment, and developed the technical standards to be successful in an environmentally driven organization.”

Felsenstein was one of 25 students who participated in the new Johns Hopkins Community Impact Internships program, run by the university’s Center for Social Concern. The student program paired the 25 students with 25 Baltimore nonprofit, community-based organizations or city social service agencies to conduct meaningful, hands-on work.

More than 200 applied for the program. The 25 selected were then matched to the projects based on background and personality.

In addition to Blue Water Baltimore, the students worked eight 30-hour weeks at such places as the Citizens Planning and Housing Association, the Baltimore City Health Department’s Community Risk Reduction Services, the Parks and People Foundation, My Sister’s Place and the Office of the Public Defender’s Juvenile Court Division.

Samantha Berns, for example, was assigned to the Homeless Services Program in the Mayor’s Office of Human Services. Berns, a senior public health major, was charged with overseeing the development and implementation of a gamut of housing services for the homeless or at-risk.

Among her many duties at the Baltimore Free Farm and Free School, Sylvia McNamara, a sophomore history major, developed a community compost program and planned a two-day session at Artscape.

Felsenstein’s chief responsibilities with Blue Water Baltimore were to assist in the maintenance and tracking of urban forestry projects throughout the watershed’s jurisdiction and to provide data management and deployment of health advisories for a bacterial monitoring project in the Inner Harbor and the Middle Branch of the Patapsco River.

Each Wednesday, Felsenstein boarded the Baltimore Harbor Waterkeeper patrol boat to take water samples, specfically looking at fecal coliform bacteria levels, a large source of pollution in the Inner Harbor and Patapsco River because of an antiquated sewer system and storm water overflow that releases untreated sewage into the Chesapeake Bay. Felsenstein was part of the team that would put up water health advisory alerts.

“The Community Impact Internships program has made me a more socially and environmentally aware individual, and has fostered within me a vested interest and passion for the welfare of the city of Baltimore,” he said. “Through my field placement, I have been fortunate enough to be able to contribute to the development of a young, blossoming organization and gain significant experience with community partnerships and coalition building among nonprofits.”

“Many students talked about how positive the experience was, and how it met and in most cases exceeded their expectations,” she said.

Neyenhouse said that several students were asked to return to their host agencies during the next academic break, and one was offered a paid position in the fall.

“Our community partners were thrilled with the students,” she said, adding how smoothly the program ran.

One intern worked at The Greater Homewood Community Corp. to research and create a database of vacant buildings in major retail areas, including the York Road corridor, the Charles Village business district and the Station North arts district. Other projects included a recycling campaign and an afternoon education and enrichment program for city youth.

Neyenhouse said that the center looked for organizations with a strong need for manpower and a sustainable project that the student could lead or assist.

Following an orientation program, the students started work June 6 and received $5,000 stipends. It wrapped up with a farewell dinner reception on July 30.

The program was made possible by a $1.25 million gift from an anonymous donor. The funding allows for 50 interns to be placed next summer and each year thereafter. Freshmen, sophomores and juniors are eligible.

The donor had three principal goals for the program: for students to experience and help their community through working at Baltimore nonprofit organizations; for nonprofits to benefit from the varied talents of Johns Hopkins’ undergraduates; and for students to receive a stipend to help with the cost of their education.

The donor, who wishes to remain anonymous, called it a “leveraged triple play” where students get job experience and earn some money while the community groups benefit.

“Baltimore is a small city with big-city problems,” the donor said. “What better way to help the community than by tapping the enthusiasm and intellect of Johns Hopkins students?”

The students met throughout the summer for weekly reflection sessions, which Neyenhouse said allowed the participants to bond and share success stories and challenges.

“The students really seemed to enjoy their time together to discuss this shared experience,” she said. “Two students in particular didn’t know each other at all before the program began and left as very close friends. They both did an amazing job, by the way, working with over 60 Youth Corps volunteers and working 12-hour days in some cases.”

Neyenhouse said that for several students, the program was a glimpse into what lies ahead in the real world.

“One student would tell me that it was hard to leave each day, with so much work still to be done,” she said. “That’s work at a nonprofit, I told him; the work is never done.”

Gomez, a member of the Johns Hopkins women’s soccer team, served as part tutor, part field trip organizer, part translator and part soccer coach for the program’s participants, ages 12 to 19.  She worked with the youth on Monday through Thursday afternoons and quickly bonded with the group over soccer scrimmages, math tutorial games, dancing, arts, yoga, a scavenger hunt in the Inner Harbor, a trip to the library and more.

“They were amazing,” Gomez said. “It was really great getting to know them and watch them grow during such a relatively short span.”

Halfway through the internship, Gomez’s primary supervisor left for vacation, and she took over a host of administrative duties. “I was able to see how a government agency works up close, and I was able to use my Spanish skills in helping to translate for the youth in the program and those who came through [the affiliated clinic]. It was hard to translate sometimes, but it was a nice challenge and helped me learn.”

While she enjoyed the whole experience, Gomez said that the highlight came at the end of the internship. She held a math tournament, using props to teach fractions, and the students who answered correctly got to hit Gomez in the face with a cream pie.

“They loved that,” Gomez said with a laugh. “And then afterward they threw a party for me, thanking me for my help with them this summer. It was so nice, and what a great way to end the program.”

To apply for next year’s program, visit the website for the Center for Social Concern.