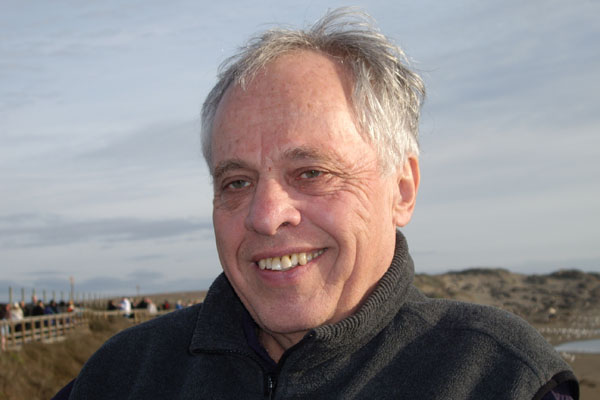 Johns Hopkins University astronomer Joseph Silk has been awarded the 2011 Balzan Prize, for his pioneering work on the infant universe. The $950,000 award is given annually to people or organizations that have made outstanding achievements in the fields of the natural sciences, humanities and culture, as well as for peace-promoting endeavors.

Silk, a research professor in the Henry A. Rowland Department of Physics and Astronomy in Johns Hopkins’ Krieger School of Arts and Sciences, will be presented with his prize by the International Balzan Prize Foundation in a ceremony on Nov. 18 in Berne, Switzerland. The foundation is located in both Zurich and Milan.

Silk was recognized for his work on the early universe, and his research into the effects of various physical processes and phenomena, including dark matter and the fluctuations of cosmic background radiation.

“We have made immense progress in early universe studies since I began my research career,” said Silk, who was honored for his project The Early Universe (from the Planck Time to the First Galaxies). “The major advance that has impacted my research is the measurement of the initial fluctuations in the cosmic microwave background. These characterize the seeds of galaxy formation. But we still have a long way to go, both in terms of observation and theory, before we can say that we fully understand the evolution of cosmic structure.”

“Dr. Silk is one of the world’s leading theoretical astrophysicists,” said Daniel Reich, chair of Physics and Astronomy at Johns Hopkins. “Over a research career spanning more than 40 years, he has made numerous major contributions to the study of cosmology, galaxy and star formation, and dark matter. His work has informed and motivated many of the crucial experiments done over this time in these fields. This award is richly deserved.”

The International Balzan Prize Foundation was established in 1978 by the family of Eugenio Balzan, a journalist who made Switzerland his home after fleeing Fascist oppression of the media in his native Italy. It focuses on fields that may often be overlooked by other foundations.

The winners of the prize—the others this year were in jurisprudence, musicology and epigenetics—must use half the prize for research work, preferably involving young scholars and researchers.