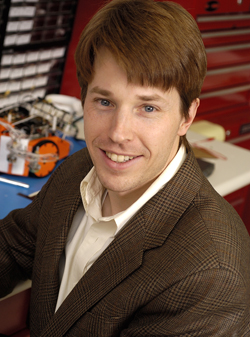 Johns Hopkins faculty members who study robotics, biostatistics and international health are among 94 researchers selected this year to receive the Presidential Early Career Award for Scientists and Engineers. The awards, announced last week by President Barack Obama, are the U.S. government’s highest honor for scientists and engineers in the early stages of their independent research careers.

The program, established by President Bill Clinton in 1996, is coordinated by the Office of Science and Technology Policy within the Executive Office of the President. Awardees are selected for their pursuit of innovative research at the frontiers of science and technology and their commitment to community service as demonstrated through scientific leadership, public education or community outreach. The awards will be presented later this year. 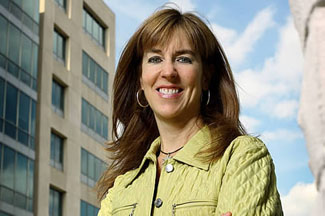 Cowan directs the Whiting School’s Locomotion in Mechanical and Biological Systems Laboratory. His research team studies how animals process sensory information to control their movements. The group also designs sensor-based robotic control systems inspired by animal models. Cowan was selected for his innovative research in biologically inspired robotic systems with possible applications in disaster recovery and space exploration, and for motivating students to explore careers in science and engineering.

He has studied how weakly electric knifefish use sensory feedback to control their swimming, much like humans use feedback from their eyes and inner ear when they walk or run. He also has discovered how cockroaches use their antennae to guide their movement along surfaces and has used these discoveries to design biologically inspired tactile sensors for robot navigation. 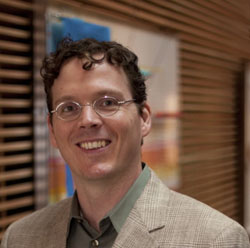 Caffo is a statistician in the Bloomberg School’s Department of Biostatistics, where he works on statistical methods for complex data sets, focusing especially on brain imaging. Along with Ciprian Crainiceanu, also in the Department of Biostatistics, he co-founded the Statistical Methods and Applications for Research in Technology group, known as SMART, which looks at difficult analytic problems in technology and health.

O’Brien is a pediatric infectious disease physician, an epidemiologist and a vaccinologist with the Bloomberg School’s Center for American Indian Health. She leads the center’s Infectious Disease Prevention group, which conducts clinical trials of vaccines for diseases of importance to American Indian tribes. She has served as the deputy director of research for the Pneumococcal Accelerated Development and Introduction Plan at Johns Hopkins and now is the deputy director of the International Vaccine Access Center at the Bloomberg School. Her work has focused, both domestically and internationally, on vaccine-preventable childhood illnesses, including epidemiologic and vaccine studies of pneumococcal disease, rotavirus, Haemophilus influenza, respiratory syncytial virus and influenza.

For this year’s Presidential Early Career Award program, 16 federal departments and agencies joined together to nominate the scientists and engineers whose early accomplishments show the greatest promise for ensuring the nation’s pre-eminence in science and engineering, and for contributing to the awarding agencies’ missions. Cowan was nominated by the National Science Foundation, Caffo and O’Brien by the Department of Health and Human Services.