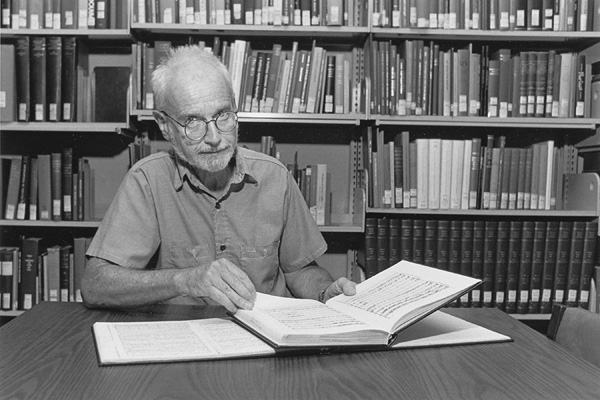 Piero Weiss in an undated photograph.

Musicologist and pianist Piero Weiss, a member of the Peabody Conservatory faculty since 1985, died of pneumonia on Oct. 2 at the age of 83. He was still teaching during the current semester.

“Dr. Weiss improved a generation and a half of Peabody students,” wrote Paul Mathews, associate dean for academic affairs, in his blog after hearing of his former teacher’s death.

Trained as a pianist by Isabelle Vengerova at the Curtis Institute, Weiss also studied piano with Rudolf Serkin, theory and composition with Karl Weigl and chamber music with Adolf Busch. In 1970, he received his doctorate in musicology from Columbia, where he had earned his bachelor’s degree in 1950, and taught there from 1964 to 1985.

At Peabody, he oversaw a transformation of the Conservatory’s offerings in music history and from 1985 to 1997 headed the Music History Department, as it was then called.

“Piero didn’t found a music history department at Peabody so much as he gave what existed purpose and organization,” said Elam Ray Sprenkle, a faculty member in Musicology and Music Theory.

Weiss co-edited with Richard Taruskin the classic anthology Music in the Western World. Specializing in the interaction of music and drama in opera, he wrote numerous journal articles and edited the anthology Opera: A History in Documents.

“We are grateful to have had such distinguished teaching and scholarship from Piero, and share in the sadness at his loss,” said Jeffrey Sharkey, director of the Peabody Institute.

Weiss is survived by his wife, Carole Severson Weiss; a son, Antonio Weiss; a daughter, Maria Leandri; a brother, Carlo; and six grandchildren.

A memorial concert is being planned for Sunday, Dec. 11, at Peabody.