Three pre-eminent researchers from Johns Hopkins—experts in memory, vision and patient safety—have been recognized for outstanding professional achievement and commitment to service with election to membership in the Institute of Medicine, one of the highest honors in the fields of health and medicine. Richard Huganir, Jeremy Nathans and Peter Pronovost were among 65 new members from the United States honored Oct. 17 at the organization’s 41st annual meeting in Washington, D.C. 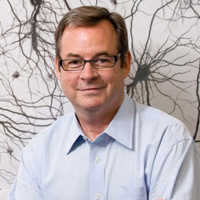 Huganir, who directs the Solomon H. Snyder Department of Neuroscience, co-directs the Johns Hopkins Medicine Brain Science Institute and is an investigator with the Howard Hughes Medical Institute, recently discovered a memory eraser in mice that may someday translate to humans.

Nathans, a professor of molecular biology and genetics, neuroscience and ophthalmology at the Johns Hopkins School of Medicine and an investigator in the Howard Hughes Medical Institute, has made fundamental discoveries in both basic and clinical vision science.

A professor of anesthesiology and critical care medicine and surgery at the Johns Hopkins University School of Medicine, Pronovost directs the Armstrong Institute for Patient Safety and Quality at Johns Hopkins and is senior vice president for patient safety and quality for Johns Hopkins Medicine, where he has transformed the way hospitals around the world think about bloodstream infections.

Richard Huganir’s career focus has been on synapses, the connections between nerve cells in the brain. His general approach has been the study of molecular and cellular mechanisms that regulate neurotransmitter receptors. His work has shown that the regulation of receptor function is a major mechanism for the regulation of neuronal excitability and connectivity in the brain and is critical for many higher brain processes, including learning and memory and the proper development of the brain. 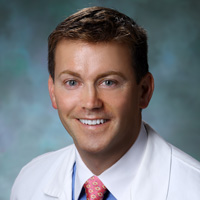 Among other advances last year, Huganir and his colleagues discovered in experiments with mice that by removing a protein from the region of the brain responsible for recalling fear, they can permanently delete traumatic memories.

Huganir received a doctorate in 1982 from the Biochemistry, Molecular and Cell Biology Program at Cornell University, where he conducted his thesis research in the laboratory of Efraim Racker, and from 1982 to 1984 was a postdoctoral fellow with the Nobel laureate Paul Greengard at Yale University School of Medicine. He then became an assistant professor of molecular and cellular neurobiology from 1984 to 1988 at the Rockefeller University. In 1988, Huganir joined the Johns Hopkins University School of Medicine as an associate professor in the Department of Neuroscience and associate investigator in the Howard Hughes Medical Institute. He became director of the department in 2006.

Huganir has served as treasurer of the Society for Neuroscience and received the Young Investigator Award and the Julius Axelrod Award from the Society for Neuroscience, as well as the Santiago Grisolia Award. He is a member of the American Academy of Arts and Sciences and the National Academy of Sciences, and a fellow of the American Association for the Advancement of Science.

Jeremy Nathans is responsible for landmark discoveries that have changed our understanding of how we see the world—literally. His investigations into the mechanisms that allow us to see colors led him to identify the genes that code for color-vision receptors in the light-sensing cones of the retina. This breakthrough finding allowed him to show that variations in these genes cause color blindness. His work also has led to new understandings of the development, function and survival of the retina. 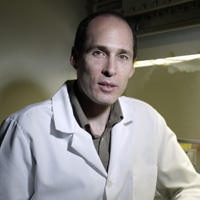 Nathans’ studies have revealed several defects that lead to human retinal diseases, including Stargardt disease, the most common type of macular degeneration in children and young adults. He also helped determine the cause of the vitelliform type of macular dystrophy, showing that it is caused by abnormalities in a member of a previously unknown family of ion channels, proteins that allow ions to enter and exit cells.

As a graduate student at Stanford, where he earned both an MD and a PhD, Nathans became interested in the study of the eye and the mechanisms of vision. He was the first scientist to apply molecular genetic approaches to the visual system, and over the past 30 years, his research has illuminated a broad landscape in human genetics, ophthalmology, neurobiology, developmental biology and evolution. The retina, which he describes as a “mini-brain that processes an image in a number of ways,” may provide answers about how the human brain is built, he contends, revealing how embryonic cells make the right connections and are programmed to become the mature cells that they ultimately become.

Peter Pronovost has brought a scientifically rigorous, common-sense approach to eliminating medical errors and unnecessary harm, shaping in the process the national conversation about patient safety. His biggest success to date: the much-heralded “cockpit-style” five-step checklist for doctors and nurses designed to prevent central line–associated bloodstream infections. The simple checklist, coupled with a program that promotes a culture of safety, has transformed the way hospitals think about bloodstream infections, which kill more than 30,000 patients a year and sicken many thousands more. Thanks to Pronovost, these preventable infections are no longer seen as a cost of doing business.

Pronovost and his team first dramatically reduced ICU bloodstream infections throughout the state of Michigan and then exported that success to hospitals across the nation and the world. His program is now in place in 47 states, Puerto Rico, the District of Columbia and many foreign countries. As he spreads the message that central line–associated bloodstream infections can be eliminated, he is also using the same strategies to prevent other harm, such as surgical-site infections and pneumonias contracted through the use of ventilators.

In 2008, Pronovost was awarded a MacArthur Fellowship, a so-called “genius grant,” from the John D. and Catherine T. MacArthur Foundation for exhibiting exceptional creativity and showing the promise to make important future advances based on a track record of significant accomplishment. That same year, he was named one of Time magazine’s 100 Most Influential People.

He is the author of the book Safe Patients, Smart Hospitals: How One Doctor’s Checklist Can Help Us Change Health Care from the Inside Out, published in 2010. He is also author of more than 200 research articles.

The newly elected members raise the Institute of Medicine’s total active membership to 1,688 and the number of foreign associates to 102. With an additional 80 members holding emeritus status, the organization’s total membership is 1,870.

“It is a great pleasure to welcome these distinguished and accomplished individuals to the Institute of Medicine,” said the institute’s president, Harvey V. Fineberg. “Each of them stands out as a professional whose research, knowledge and skills have significantly advanced health and medicine, and their achievements are an inspiration. The Institute of Medicine is greatly enriched by the addition of our newly elected colleagues.”

The Institute of Medicine is unique in its structure as both an honorific membership organization and an advisory one. Established in 1970 as the health branch of the National Academy of Sciences, IoM has become recognized as a national resource for independent, scientifically informed analysis and recommendations on health issues. With their election, members make a commitment to volunteer their service on IoM committees and boards and for other activities. Projects during the past year included studies on calculating vitamin D and calcium needs, improving the process for clearing medical devices for market, preventing obesity among infants and toddlers, improving Americans’ access to oral health care, preparing for the future of HIV/AIDS in Africa, ensuring the health of lesbian, gay, bisexual and transgender people, and enhancing nurses’ roles in improving health care.