Study shows efforts to heal the Chesapeake Bay are working 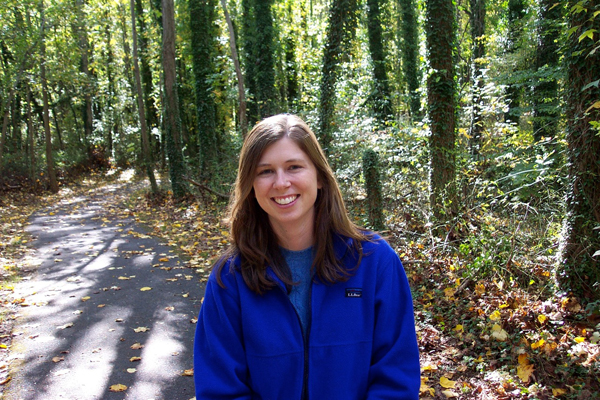 Efforts to reduce the flow of fertilizers, animal waste and other pollutants into the Chesapeake Bay appear to be giving a boost to the bay’s health, a new study that analyzed 60 years of water-quality data has concluded. The study, published in the November issue of Estuaries and Coasts, was conducted by researchers from The Johns Hopkins University and the University of Maryland Center for Environmental Science.

The team found that the size of mid- to late-summer oxygen-starved “dead zones,” where plants and water animals cannot live, leveled off in deep channels of the bay during the 1980s and has been declining ever since. The timing is key because in the 1980s a concerted effort to cut nutrient pollution in the Chesapeake Bay was initiated through the multistate-federal Chesapeake Bay Program. The goal was to restore the water quality and health of the bay.

“I was really excited by these results because they point to improvement in the health of the Chesapeake Bay,” said lead author Rebecca R. Murphy, a doctoral student in the Department of Geography and Environmental Engineering at Johns Hopkins. “We now have evidence that cutting back on the nutrient pollutants pouring into the bay can make a difference. I think that’s really significant.”

The Chesapeake Bay is the nation’s largest estuary, a body of water where fresh and salt water mix. According to the Chesapeake Bay Program, the bay—which is about 200 miles long and has roughly 4,480 square miles of surface area—supports more than 3,600 species of plants, fish and other animals.

But the bay’s health deteriorated during much of the 20th century, contributing to a drop in the Chesapeake’s fish and shellfish populations. Environmental experts blamed this decline largely on a surge of nutrients entering the bay from sources such as farm fertilizer, animal waste, water treatment discharge and atmospheric deposition. Heavy spring rains typically flush these chemicals, primarily nitrogen and phosphorus, into the Susquehanna River and other waterways that empty into the Chesapeake. There, the nutrients promote the prolific growth of algae.

When the algae die, their remains sink to the bottom of the bay, where they are consumed by bacteria. As they dine on algae, the bacteria utilize dissolved oxygen in the water. This leads to a condition called hypoxia, or depletion of oxygen. As this process continues through the spring and summer, the lack of oxygen turns vast stretches of the Chesapeake into dead zones. Hypoxia sometimes results in fish kills.

To find out whether these dead zones are expanding or diminishing, the Johns Hopkins and Maryland researchers retrieved and analyzed bay water quality records from the past 60 years. They determined that the size of the dead zone in mid- to late summer has decreased steadily since the late 1980s and that its duration is closely linked to the quantity of nutrients entering the bay.

That timeline coincides with the launch of state and federal efforts to reduce the flow of algae-feeding pollutants into the bay. For example, farmers were encouraged to plant natural barriers and take other steps to keep fertilizer out of waterways that feed the Chesapeake. Also, water treatment plants began to pull more pollutants from their discharge, and air pollution control measures curbed the movement of nitrogen from the atmosphere into the bay.

“By looking at existing data, we have been able to link decreasing hypoxia to a reduction in the nutrient load in the bay,” said study co-author Michael Kemp, an ecologist with the University of Maryland Center for Environmental Science’s Horn Point Laboratory. “The overall extent and duration of mid- to late summer hypoxia are decreasing.”

Another part of the study looked at a trend that has troubled some bay watchers. In recent years, Chesapeake researchers have seen an early summer spike in dead zones. They feared that keeping more nutrients out of the bay was not improving its health. But the new study found that the early summer jump was influenced not by the runoff of pollutants but by climate forces.

In a phenomenon called stratification, fresh water from the rivers entering the bay forms a layer on top of the more dense salt water from the ocean. The two layers don’t easily mix, so while air near the surface adds oxygen to the top layer, it doesn’t reach the deeper salt water. Without oxygen at these lower depths, marine animals cannot live, and a dead zone is formed.

“Rebecca discovered that the increase in these early summer dead zones is because of changes in climate forces like wind, sea levels and the salinity of the water. It was not because the efforts to keep pollutants out of the bay were ineffective,” said co-author William P. Ball, a professor of environmental engineering in the Whiting School of Engineering at Johns Hopkins and Murphy’s doctoral adviser.

“We believe,” Ball added, “that without those efforts to rein in the pollutants, the dead zone conditions in June and early July would have been even worse.”

The study was supported by funding from the National Science Foundation and the U.S. Department of Commerce’s National Oceanic and Atmospheric Administration. The research was undertaken as part of a five-year Chesapeake Bay Environmental Observatory project, funded through the Chesapeake Research Consortium, which involves seven institutions. Ball serves as lead principal investigator for this project.