Physician specialized in the most challenging cases 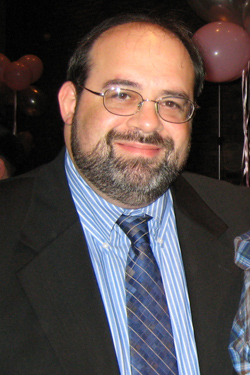 Rossberg was known for his skill in handling some of the most challenging cases in pediatric anesthesia, including the management oftransplant patients and children with congenital heart disease.

“Mark was a superbly talented anesthesiologist and a masterful clinician-educator, but above all he was the consummate pediatrician,” said Edward D. Miller, the Frances Watt Baker, M.D., and Lenox D. Baker Jr., M.D., Dean of the Medical Faculty and CEO of Johns Hopkins Medicine. “We will miss him dearly.”

“Mark was universally loved by patients, respected and admired by colleagues and a sought-after mentor to anesthesiologists in training,” said John Ulatowski, chairman of the Department of Anesthesiology and Critical Care Medicine at Johns Hopkins.

“If there is one word that captures Mark’s essence, it is ‘beloved,’” said colleague and friend Myron Yaster, a pediatric anesthesiologist and pain specialist at Hopkins Children’s. “Everyone loved him, from the surgeons he worked with to the people who changed the light bulbs.”

Colleagues describe Rossberg as an old-school physician with traditional values and a relentless work ethic. He understood that being a doctor was a privilege that came with great responsibilities, a philosophy he imbued into a generation of house staff residents and fellows. That will be one of his most lasting legacies.

“Mark was a doctor’s doctor of the classic kind and a deeply religious person and a devoted family man,” Yaster said. “He sacrificed for his work. He was always the first one in and the last one out.”

Rossberg always wanted to be a pediatrician, but he was also fascinated by the complexities of anesthesiology, so the combination of the two was a natural choice for him.

He was born and raised in the Bronx borough of New York and received his medical degree from the Mt. Sinai School of Medicine in Manhattan. He completed residencies in pediatrics and anesthesiology at Columbia Presbyterian Hospital, followed by a fellowship in pediatric anesthesia andcritical care medicine at Children’s Hospital of Philadelphia.

In the mid-1990s, Rossberg came to Johns Hopkins at the behest of Dean Miller, an anesthesiologist himself, and found a new home inBaltimore, colleagues said.

At Johns Hopkins, Rossberg quickly discovered that he had a talent for teaching and working with residents, and the mentoring became one of his passions.

“He bonded with residents like no one else I’ve seen,” said colleague Dolores Njoku, a pediatric anesthesiologist.

He was considered a master of airway management in children and taught pediatric residents the intricacies of handling the airway during stabilization of critically ill and injured patients.

“Mark was one of the go-to people when it came to airway management, and surgeons trusted and wanted him to handle the most challenging cases,” Njoku said.

True to his nature, Rossberg continued to teach with unwavering dedication throughout his illness and well after his cancer had spread.

“Mark continued to teach even after he was physically no longer able to and long after another person might have given up,” Yaster said. “That was Mark.”

Known for his gregarious personality, Rossberg simply lit up the room for colleagues and patients alike, those who knew him said. Rossberg would often tell patients stories to distract them during the prep for surgery. He had a special gift for making children laugh in the often terrifying fewminutes before they fell asleep on the operating table.

A few days before his death, Rossberg asked Ziegfeld about the welfare of a patient they had both cared for—an extremely complicated case.

“A pediatrician’s pediatrician, Mark wanted to know how this patient was doing,” Ziegfeld said. “He had such passion for caring.”

Rossberg was named Teacher of the Year in 2010 by the anesthesiology house staff and fellows.

Rossberg is survived by his wife, Esti, and their five children.

In lieu of flowers, contributions can be made to an educational fund for Rossberg’s children, which was established by his colleagues. Checks should be sent to Caitlin Garner, Fidelity Investments, 610 York Rd., Towson, MD 21204 (529 Education Fund Acct# 620219606, with “Rossberg” in the memo section).