Venezuela native studied with field’s founders, carried on their legacy 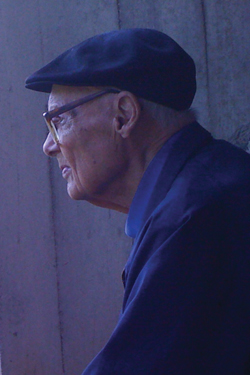 Alejandro Rodriguez, associate professor emeritus of psychiatry and pediatrics at the Johns Hopkins University School of Medicine, a skillful and creative physician who conducted pivotal studies on autism and developmental disorders, and a caregiver who was known for his light touch with the most vulnerable patients, died Jan. 20 of heart failure complications in Palm City, Fla. He was 93.

“He could help his young patients tell us what they were worried about, sorry about and/or fearful of,” said Ray DePaulo Jr., director of the Department of Psychiatry at the Johns Hopkins School of Medicine. “He had a delightful twinkle in his eye and used his Venezuelan accent to great advantage when asking young patients to tell us about themselves.”

Rodriguez’s legendary talents as a physician drew medical students, residents and faculty to his consultations. They all flocked to his office to see him in action, colleagues recall.

“Dr. Rodriguez was a wonderful mentor and colleague,” said Johns Hopkins Children’s Center Director George Dover. “He taught generations of residents at our Harriet Lane primary care clinic to look and see beyond the lab tests and the physical exam in order to learn how patients and families really felt.”

Rodriguez trained in the 1950s, when child psychiatry was still a young discipline. He studied under and later worked alongside some of the field’s giants. Rodriguez’s mentor at Johns Hopkins was the venerable Leo Kanner, the founding father of the discipline, who coined the term autism and, in 1935, wrote the first textbook in child psychiatry. Later, Rodriguez and Kanner collaborated on several seminal autism studies. One of them was a 30-year follow-up of the original 11 children diagnosed at Johns Hopkins with autism and described the long-term outcomes of the disorder in children as they age.

Rodriguez also worked with Leon Eisenberg, the Johns Hopkins pediatric psychiatrist who infused child psychiatry with rigorous research methods and conducted early studies in autism, attention deficit disorder, learning disabilities and language manifestations of behavioral problems. The two collaborated on a study of school phobia in children, publishing in 1959 a classic paper that described school phobia syndrome as a variant of separation anxiety.

Rodriguez blossomed under Kanner’s and Eisenberg’s mentorship and took their work a step further.

“Alejandro carried out and amplified the founding fathers’ legacy by enhancing the clinical and teaching aspects of child psychiatry,” said James Harris, director of Developmental Neuropsychiatry and a former director of Child Psychiatry at the Johns Hopkins Children’s Center whom Rodriguez taught and later recruited.

Those who knew Rodriguez invariably describe him as a wise man and a brilliant physician known for his clinical acumen.

“Dr. Rodriguez was a master teacher and extraordinarily insightful clinician whose case consultations and supervision were sought out by both Pediatric Psychiatry fellows and rotating Harriet Lane residents,” said Richard McCarrick, who completed a Pediatric Psychiatry fellowship under Rodriguez and is now vice dean of the School of Medicine at New York Medical College.

Rodriguez was also an enthralling and cultured raconteur whose knowledge was as expansive as his interests were varied, McCarrick added.

“His conversation readily ranged from the technique of leading matadors to the qualities of Flemish portraiture,” he said.

Rodriguez believed that a medical case was never fully closed and for that reason he never really stopped being his patients’ physician. He helped find hospital jobs for some of his former patients and held a weekly continuity clinic whose doors were open to former patients in need of help.

“He epitomized empathy and the concept of social responsibility,” said Lawrence Pakula, an associate professor of pediatrics at Johns Hopkins, who did a yearlong rotation in Child Psychiatry under Rodriguez. “He knew that being a physician didn’t end at the office.”

“Alejandro belonged to a generation that understood that being a physician was a privilege that came with social commitment, and he led by example,” said Catherine DeAngelis, a professor of pediatrics at Johns Hopkins and former JAMA editor, who trained under and worked with Rodriguez.

When Rodriguez found out that DeAngelis played the guitar, he encouraged her to play for the children on the psychiatry unit as a form of play therapy.

Rodriguez worked closely with Alex Haller, the first director of Pediatric Surgery at Johns Hopkins. He regularly consulted with Haller to address the psychological and emotional needs of children undergoing surgery, or those with traumatic injuries.

“From the beginning of General Pediatric Surgery, Dr. Rodriguez asked to make rounds with the surgeons, especially with critical care patients, and added valuable insight into the impact of various operative procedures,” Haller said.

Even in retirement, Rodriguez was much sought after for advice in difficult psychiatric cases and was always available with his wise counsel, which he shared with great wit and compassion, Haller added. But Rodriguez’s warm personality and intuitive wisdom also rendered him the unofficial emotional consultant for the entire Department of Pediatrics, those who knew him said.

Rodriguez was born Feb. 5, 1918, in Caracas, Venezuela, where he also earned a medical degree. In 1942, he came to Johns Hopkins on a private scholarship to train in pediatrics under the esteemed pediatrician in chief Edwards Park in the famed Harriet Lane Home for Invalid Children, the predecessor to today’s Johns Hopkins Children’s Center.

Upon completion of his residency, Rodriguez returned to Venezuela, where he practiced for 13 years. Then, at the age of 38, he decided to pursue training in psychiatry. He returned to the United States and spent a year at Stanford but completed his psychiatry training at Johns Hopkins, to which he’d always wanted to return. A job offer followed.

In 1968, Eisenberg stepped down as a division chief and Rodriguez became director of Johns Hopkins’ Division of Child Psychiatry. He held that post until his retirement in 1978 but remained active for many years after. He continued to see patients until he was 85, said his son, Ignacio Rodriguez, a Johns Hopkins–trained neurologist.

Rodriguez also saw patients at the St. Agnes Hospital in Baltimore for 15 years.

In 1977, he wrote a clinical manual titled Handbook of Child Abuse and Neglect.

A memorial service will be held at 11:30 a.m. on Saturday, Feb. 4, at the Holy Redeemer Church in Palm City, Fla. Donations can be made to the church.

Rodriguez’s remains will be brought to Maryland to be buried alongside his beloved wife, Maria, the family said.

In addition to his son, Ignacio, Rodriguez is survived by his daughter-in-law, Lolita, and grandchildren Carlos and Maria Rodriguez.