It’s how banks behave, not how they’re built, that affects economy 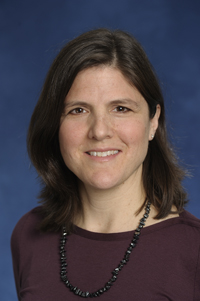 The idea that there could be a single blueprint for rows and rows of fail-safe banks is particularly attractive in the midst of a global recession caused in part by the collapse of several major financial institutions. But such a map is not that easy to achieve, according to one Johns Hopkins University economist.

In Mobilizing Money: How the World’s Richest Nations Financed Industrial Growth (Cambridge University Press, January 2012), Caroline Fohlin suggests that it’s not how banks were built but how they behave—and how that behavior is regulated—that affects our economy.

In her research for Mobilizing Money, Fohlin studied the growth of modern corporate finance systems during the period of rapid industrialization during the buildup to World War I. She found that there is no “one size fits all” model when it comes to designing financial systems. Going forward, she said, it’s more important from a policy standpoint to concentrate on developing strong, stable and legally protected systems with a diversity of institutions that will be better equipped to weather future financial storms.

Fohlin’s manuscript for Mobilizing Money was completed before the current economic crisis began in 2008, so it does not directly address today’s volatile economic climate. But she says that we can extrapolate from the historical events covered in her book and apply the lessons to today’s fiscal woes.

“In the heat of the moment, you don’t want to react to short-term phenomena,” Fohlin says. “We need to look back over decades, and even centuries, and take into account the long-term trends in financial development over time. Do we need to completely rip up our current financial system? Probably not, when you look at the big picture. We don’t have to be so concerned.”

Fohlin, who joined the Johns Hopkins faculty as a research professor of economics in 2005, investigates how financial markets, institutions and systems have developed around the world over the long run, and how the organization of financial intermediaries influences their performance and potentially impinges on economic growth. Her research demonstrates the idiosyncratic nature of financial development across countries and the feedback relationship between financial development and economic growth, and also reveals a wide range of financial systems that can successfully support economic development.

Currently, Fohlin is studying the transformation of U.S. securities markets over the 20th century. With funding from the National Science Foundation, she is creating the first comprehensive, high-frequency microstructure database for the New York Stock Exchange and the Consolidated Stock Exchange for the period 1890–1925. With the assistance of a team of undergraduate researchers to help gather the numbers from old newspaper records, Fohlin wants to examine the years leading up to the Great Depression and before the creation of the Securities and Exchange Commission to determine whether we really need a regulatory body such as the SEC.