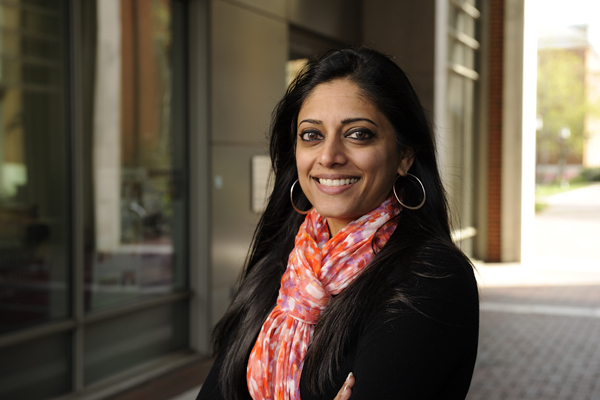 Epilepsy affects 50 million people worldwide, and in a third of these cases, medication cannot keep seizures from occurring. One solution is to shoot a short pulse of electricity to the brain to stamp out the seizure just as it begins to erupt. But brain implants designed to do this have run into a stubborn problem: too many false alarms, triggering unneeded treatment. To solve this, a Johns Hopkins biomedical engineer has devised new seizure detection software that, in early testing, significantly cuts the number of unneeded pulses of current that an epilepsy patient would receive. Sridevi V. Sarma, an assistant professor of biomedical engineering, is leading this effort to improve anti-seizure technology that sends small amounts of current into the brain to control seizures.

“These devices use algorithms—a series of mathematical steps—to figure out when to administer the treatment,” Sarma said. “They’re very good at detecting when a seizure is about to happen, but [existing systems] also produce lots of false positives, sometimes hundreds in one day. If you introduce electric current to the brain too often, we don’t know what the health impacts might be. Also, too many false alarms can shorten the life of the battery that powers the device, which must be replaced surgically.”

Her new software was tested on real-time brain activity recordings collected from four drug-resistant epilepsy patients who experienced seizures while being monitored. In a study published recently in the journal Epilepsy & Behavior, Sarma’s team reported that its system yielded superior results, including flawless detection of actual seizures and up to 80 percent fewer alarms when a seizure was not occurring. Although the testing was not conducted on patients in a clinical setting, the results were promising.

“We’re making great progress in developing software that is sensitive enough to detect imminent seizures without setting off a large number of false alarms,” she said. Further fine-tuning is under way, using brain recordings from more than 100 epilepsy patients at The Johns Hopkins Hospital, where several epilepsy physicians have joined in the research. Sarma said that within two to four years she hopes to see her system incorporated into a brain implant that can be tested on people with drug-resistant epilepsy.

“There is growing interest in applying responsive, or closed-loop, therapy for the treatment of epileptic seizures,” said Gregory K. Bergey, professor of neurology and director of the Johns Hopkins Epilepsy Center. “Devices to do this have been tested in humans, but for this therapy to be useful for the patient with epilepsy requires early detection of abnormal brain activity that is destined to become a seizure. Detection has to be within seconds of seizure onset, before the seizure spreads to cause disabling symptoms such as alteration of consciousness.”

He added, “Developing detection methods that can both provide this early detection and yet not be triggered by brain activity that will not become a clinical seizure has been a real challenge. Dr. Sarma’s group appreciates how important this is. The application of its detection algorithms has produced promising preliminary results that warrant further study of more seizures in more patients.”

In trying to solve the seizure false-alarm problem, Sarma drew on her training in electrical engineering, particularly a discipline called control theory. “We decided to start with the origin of the signal in the brain,” she said.

Sarma’s team compared electrical data from the brains of epilepsy patients before, during and after seizures. The researchers looked at how this activity changed over time, particularly when a seizure began. “We wanted to figure out when would be the optimal time to step in with treatment to stop the seizure,” she said. The team members “trained” their system to look for that moment without setting off false alarms.

Ideally, Sarma would someday like to see her software embedded in a microchip that would continually check electrical activity in the brain and launch electrical stimulation whenever a seizure is just beginning to form. The device would operate as a closed loop system, resembling a thermostat that keeps a room’s temperature at a constant, comfortable level.

Sarma’s interest in brain disorders developed relatively late in her education. She earned a bachelor’s degree from Cornell University in electrical engineering, then a doctorate in electrical engineering and computer science at MIT. During her doctoral studies, she pursued a minor in neuroscience. For a class, she conducted a case study of her aunt, who had developed Parkinson’s disease at age 29 and had trouble managing it with medication. Watching her aunt’s condition was an emotionally draining experience, Sarma said, and she wondered if anything in her own training could help. “I really wanted to understand the neurobiological circuitry of this disease,” she said.

That desire led Sarma to learn more about deep brain stimulation—the use of electric pulses to treat brain disorders such as Parkinson’s and epilepsy. She completed a postdoctoral fellowship in MIT’s Brain and Cognitive Sciences Department and became a neuroscience research associate affiliated with Massachusetts General Hospital and Harvard Medical School.

In 2009, Sarma joined the faculty of Johns Hopkins’ Department of Biomedical Engineering, which is shared by the School of Medicine and the Whiting School of Engineering. She also is a core faculty member in the university’s Institute for Computational Medicine. In 2011, Sarma was named a recipient of a Faculty Early Career Development Award from the National Science Foundation.

Her team’s new system for seizure detection with reduced false alarms is protected by a patent obtained through the Johns Hopkins Technology Transfer Office.

Lead author of the Epilepsy & Behavior journal article was Sabato Santaniello, a postdoctoral fellow in Sarma’s lab. Along with Sarma, co-authors were Samuel P. Burns, of the Johns Hopkins Department of Biomedical Engineering; Alexandra J. Golby, of Brigham and Women’s Hospital in Boston; Jedediah M. Singer, of Children’s Hospital Boston; and William S. Anderson, of the Johns Hopkins Department of Neurosurgery.