JHU profs named to American Academy of Arts and Sciences 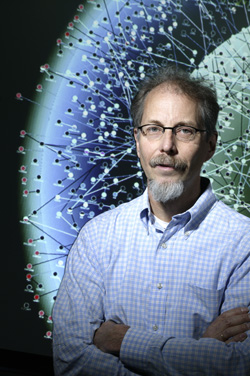 A yeast geneticist and an economist at The Johns Hopkins University are among 220 “thinkers and doers” in the 2012 class of new fellows of the American Academy of Arts and Sciences, the academy announced last week.

With the election of Jef Boeke, a professor of molecular biology and genetics in the School of Medicine, and Robert Moffitt, the Krieger-Eisenhower Professor of Economics in the Krieger School of Arts and Sciences, 50 members of the Johns Hopkins faculty have been named to the academy since its founding in 1780.

Boeke and Moffitt join some of the world’s most accomplished leaders from academia, business, public affairs, the humanities and the arts from each generation who have been elected to the academy, including George Washington and Benjamin Franklin in the 18th century, Daniel Webster and Ralph Waldo Emerson in the 19th, and Albert Einstein and Winston Churchill in the 20th. The current membership includes more than 250 Nobel laureates and more than 60 Pulitzer Prize winners.

Boeke is the founding director of the High Throughput Biology Center in the Institute for Basic Biomedical Sciences. He and his team of researchers engineered from scratch a computer-designed yeast chromosome and incorporated into their creation a new system that lets scientists intentionally rearrange the yeast’s genetic material. His ultimate goal is to synthesize the whole yeast genome (about 6,000 genes) with an international team of collaborators in the U.K., India and China. Additionally, Boeke and his colleagues are building maps of all genetic interactions in the relatively simple yeast cell. The data from such massive genomewide experiments help identify the functions of the proteins encoded by yeast and the pathways in which they participate. This project will identify possible gene-gene interactions underlying human health and disease, because yeast, though it is a microorganism, is surprisingly similar to humans in important ways. 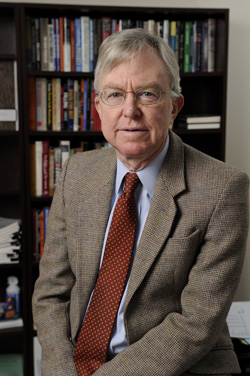 Another focus of Boeke’s laboratory is the study of mobile genetic elements, so-called retrotransposons, found in all eukaryotic genomes. The scientists investigate the mechanism for how these pieces move around the genome, focusing on specific kinds found in the yeast and human genomes. The laboratory plans to develop these retrotransposons into powerful tools for the functional analysis of genes and genomes. Boeke joined the Johns Hopkins faculty in 1985.

Moffitt is an authority on the incentives and disincentives inherent in the United States’ welfare system. Much of his research in labor economics has concerned the labor supply decisions of female heads of family and the effect their choices have on the welfare system. His research has led to publications about the Aid to Families with Dependent Children, Food Stamp and Medicaid programs. He has published research on the labor supply effects of social insurance programs, including Social Security, unemployment insurance and disability insurance, as well as the U.S. income tax system.

Moffitt has also studied the pattern of real wages over the business cycle and volatility in the U.S. labor market, and trends in U.S. earnings inequality, labor mobility and state government decision making. His research focuses as well on population economics and economic demography, an area in which he has estimated economic models of marriage, cohabitation, female headship and fertility.

Moffitt joined the Johns Hopkins faculty in 1995, and he holds a joint appointment in the university’s Bloomberg School of Public Health. He is a past chief editor of the American Economic Review, a fellow of the Econometric Society and the Society of Labor Economists, and a national associate of the National Academy of Sciences. Moffitt received a MERIT Award from the National Institutes of Health and a Guggenheim Fellowship, is a past vice president of the Population Association of America and served as chair of the National Academy of Sciences Panel to Evaluate Welfare Reform.

Academy fellows and foreign honorary members are nominated and elected to the academy by current members. A broad-based membership of scholars and practitioners from mathematics, physics, biological sciences, social sciences, humanities and the arts, public affairs and business allows the academy to conduct a wide range of interdisciplinary studies and public policy research.